Lawyers Across the U.S. Volunteer to Fight Trump's Muslim Ban 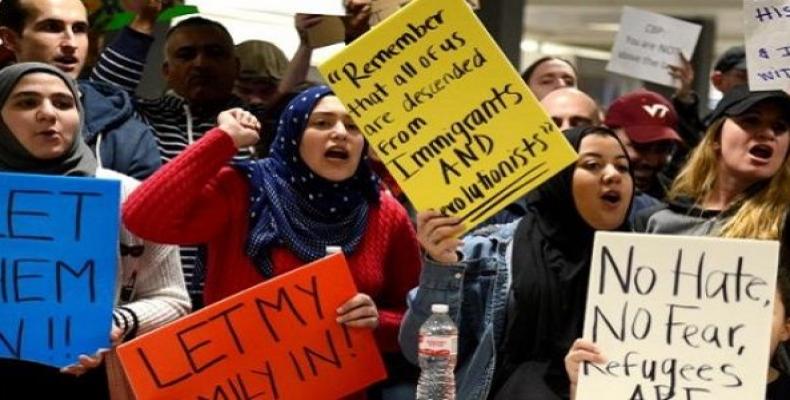 Washington, January 31 (RHC)-- Dozens of lawyers have been rushing to airports around the country to help as many people as possible who have been affected by U.S. President Donald Trump’s Muslim ban, and they’re doing it free of charge.

Anticipating that many people would run into problems if Trump made good on his racist campaign promises, lawyers from the International Refugee Assistance Project first made the call for volunteers last week, before the executive order was signed.

“It occurred to us that there were going to be people who were traveling who would land and have their status affected while in mid-air,” Betsy Fisher, the group’s policy director, told the New York Times.

And the response was swift.  The Times reports that by the weekend, most international airports were being flooded with volunteer lawyers adding their voices and efforts to the thousands of demonstrators who protested outside.  Many of the lawyers were not even necessarily immigration experts.

Some lawyers been making signs saying “immigration lawyer” or walking right up to obviously distressed families to try to establish contact, since U.S. Customs officials are not giving any answers to anyone.

Alina Das, a professor of clinical law at New York University School of Law, confirmed with the New York Times that it was “incredibly difficult to get an answer” about the status of their clients, adding that people remained detained despite a court order prohibiting the action.

Trump’s Muslim ban put a four-month hold on allowing refugees into the United States and temporarily barred travelers from Iraq, Iran, Syria, Somalia, Sudan, Libya and Yemen, all of them countries the U.S. has been actively bombing for years.