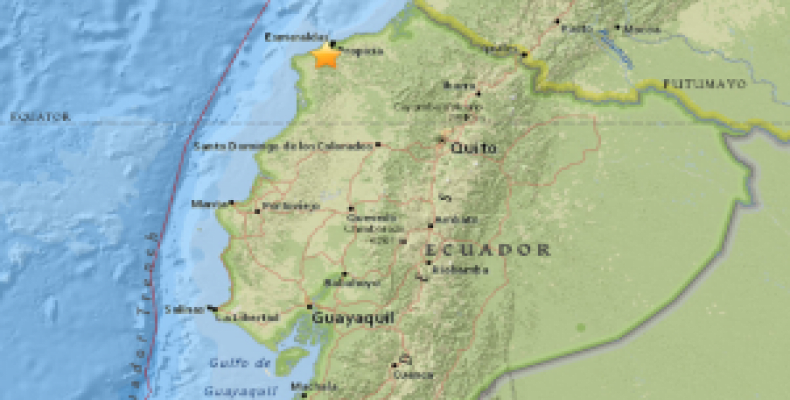 Quito, December 19 (RHC)-- Several strong earthquakes rattled Ecuador's northwestern coast in the pre-dawn hours of Monday, leaving some areas without power but with no reports of casualties.

The South American nation is still recovering from a devastating 7.8-magnitude quake that killed 673 people in April and left some 6,000 injured.

That quake flattened homes and buildings up and down a long stretch of Ecuador's northwestern Pacific coast.  Among the hardest hit areas was the city and province of Esmeraldas.

"Five quakes over magnitude 4 in Esmeraldas," President Rafael Correa wrote early Monday on his Twitter account.  He added: "Zones without electricity. Damage is being evaluated.  Classes suspended in the province.  Have courage!"

The strongest early Monday quake was centered near the tourist resort of Atacames, in Esmeraldas province, and struck at 2:00 a.m. local time.

The Geophysical Institute did not issue a tsunami alert but warned that earthquake aftershocks could be expected.