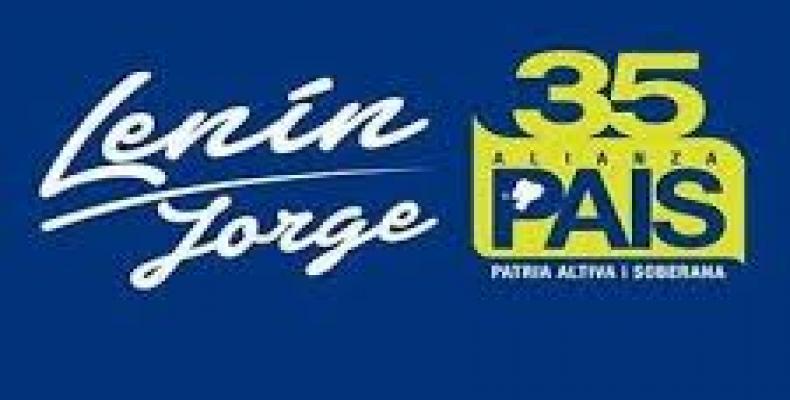 Quito, December 21 (RHC)-- Two months ahead of the presidential elections, polls are giving the Ecuadorian leftist Citizen's Revolution candidate a lead, despite a large undecided vote.  The candidate of Ecuador's ruling Alianza Pais, Lenin Moreno, is favored to win the next general election according to a study by Cedatos, which suggests 36.3 percent of voters would choose Moreno as a successor to President Rafael Correa.

Perfiles de Opinion gave Moreno 37 percent and Market 31.3 percent, which would not lead to a first round win, but likely a victory in the run-off vote.  Moreno served as vice-president under Correa's government from 2007 to 2013 and has since served as Special Envoy on Disability and Accessibility at the United Nations, following a shooting in 1998 that left him paralyzed.

Hugely popular in Ecuador, Moreno was nominated for the Nobel Peace Prize in 2012 by lawmakers in Ecuador's national assembly for his "Ecuador Sin Barreras," or Ecuador Without Barriers project -- which has transformed governmental policy toward people with disabilities and has helped thousands, including guarantees for job placements and subsidies for caregivers.

Moreno will run alongside current Vice-President Jorge Glas for the election, which is set to take place on February 19, 2017, and Correa has expressed certainty that Alianza Pais will win without having to compete in a runoff round, and without him running for re-election.

The Ecuadorian constitution allowed for unlimited consecutive re-elections for public office, but Correa proposed an amendment to restrict these limits in an effort to calm critics who accused the president of seeking to extend his time in power.  Even though a referendum could repeal this law, Correa announced last year that he would not seek a third term.