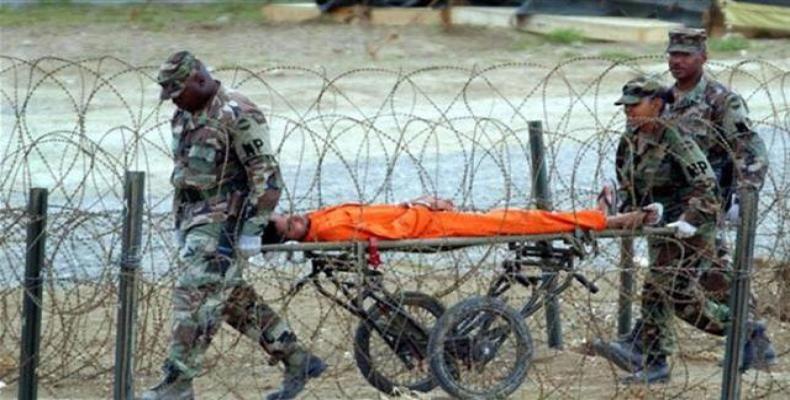 Washington, January 12 (RHC)-- U.S. Democrats have written a letter to outgoing President Barack Obama, urging him to make a last-ditch effort to keep his thwarted promise to close the notorious Guantánamo Bay prison.

The Congressional Progressive Caucus sent the letter to the lame-duck president on Wednesday as President-elect Donald Trump was busy recruiting more pro-torture and pro-war cabinet members ahead of his January 20th inauguration.

On the 15th anniversary of the opening of the prison, the 40 Democratic signatories said in the letter that they were alarmed by "torture's resurgence."  "[W]ith only days before your term ends, we ask that you definitively close the site by rapidly pursuing any and all options within your existing authority to seek lawful disposition of all of the 55 remaining individuals languishing in the camp," wrote the 40 members of the caucus in the letter, obtained by The Guardian.  "Mr. Trump must be deprived of the use of Guantánamo Bay."

While campaigning for the 2016 presidential election, Trump, a New York billionaire and former reality TV start, embraced Guantánamo and promised to bring back water-boarding, one of the so-called enhanced interrogation techniques used on suspects of the U.S. alleged war on terror after the 9/11 attacks.

"[A] review of the Senate report and reaffirmation of torture's illegality will empower federal employees to resist any possible effort by the president-elect to undermine torture's prohibition," read the letter.

Barack Obama has failed to keep his promise during the 2008 presidential election campaign to close the prison, citing its damage to the U.S. reputation abroad, but has set free some of the inmates and relocated some others.

"Given the very real threat that the Trump administration will resume the barbaric forced interrogation practices utilized in the Bush era, we must act now to bring an end to this dark chapter in American history," said Congresswoman Barbara Lee of California, one of the signatories, in a statement.

Meanwhile, U.S. Defense Secretary Ashton Carter said earlier this week that more transfers from the prison are unlikely.  "I don't expect to see any more -- any more requests come to me to consider the prospect of transferring detainees, because there is a period of time of congressional notification.  So it will to my successor to make future decisions," said the Pentagon chief.

According to Margaret Huang, the U.S. executive director of Amnesty International: "This letter from Congress is an important message at a crucial time.  Guantánamo cannot be allowed to become a permanent institution of injustice."

The Barack Obama administration has transferred most detainees to other countries, but there is a small number of detainees who the administration says it would like to detain in a U.S. facility for national security reasons.  As many as 775 detainees were brought to the notorious prison, which was set up after the September 11, 2001 attacks.

A U.S. Senate report in December 2014 revealed that the CIA has used a wide array of sexual abuse and other forms of torture as part of its interrogation methods against Guantanamo prisoners.