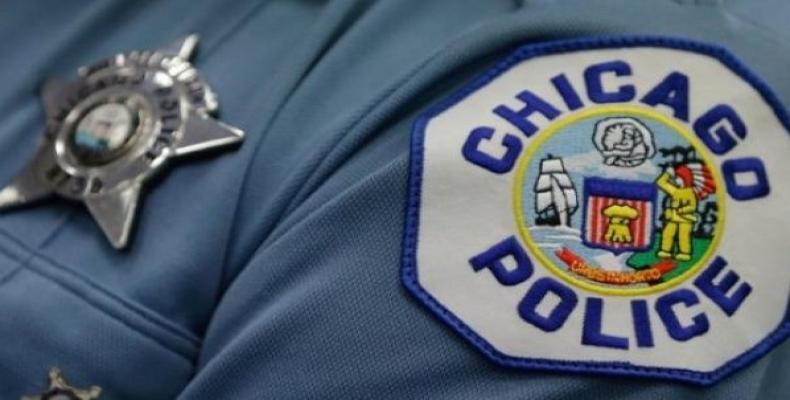 Washington, January 14 (RHC)-- Chicago's police routinely used excessive force, tolerated racially discriminatory conduct and often maintained a "code of silence" among officers to thwart investigations into misconduct, according to a report released by the U.S. federal government.  The 161-page document from the U.S. Department of Justice details a 13-month civil rights investigation of the Chicago Police Department.

“One of my highest priorities as attorney general has been to ensure that every American enjoys police protection that is lawful, responsive, and transparent,” Attorney General Loretta Lynch said at a news conference. "Sadly, our thorough investigation into the Chicago Police Department found that far too many residents of this proud city have not received that kind of policing."

The report detailed how the Chicago police officers “engage in a pattern or practice of using force, including deadly force.” This included officers shooting at fleeing suspects and using tasers, shooting at vehicles and often unarmed people.

The DOJ said that officers commonly use “unreasonable retaliatory force and unreasonable force against children,” and could have avoided using force against people with mental health problems. Accounts of situations from officers where force was used were commonly discredited once video evidence emerged.

The report cataloged dozens of shocking acts of misconduct and killings at the hands of trigger-happy officers.  In one incident, three officers chased and fired a total of 45 rounds at an unarmed man after he was told to freeze but ran after allegedly fidgeting with his waistband.  The man was killed after coming under fire, and the officers falsely claimed that the man fired at him.  The Independent Police Review Authority found that the actions were justified.

In another extra-judicial killing, a non-threatening man was shot 16 times in the back during a foot pursuit, even firing shots into the unarmed man once he was lying on the ground.

Chicago officers also used a taser stun-gun against a woman suffering a mental health crisis after she was documented not following verbal instructions from the officers.  The narrative provided by the officers involved did not mention the use of the taser, instead claiming that the woman was “a high-risk mental” who needed to be taken to hospital.

A 12-year-old Latino boy accused of being “old enough to bang” was then detained by a police officer where “the officer’s only apparent basis for this detention was the boy’s race, which is constitutionally unreasonable.”

Other cases detailed officers quickly deciding to resort to lethal force and cases where civilians and innocent bystanders were put at significant risk.

In the five years preceding the DOJ investigation, a staggering 30,000 complaints of police misconduct were received by the City of Chicago.  Yet in 98 percent of complaints, no disciplinary action was taken.  For those that were actually disciplined, “officers are often disciplined for conduct far less serious than the conduct that prompted the investigation.”

“The failure to review and investigate officer use of force has helped create a culture in which officers expect to use force and not be questioned about the need for or propriety of that use.”

Further problems of police accountability were also highlighted, a process commonly frustrated by a “code of silence” from officers. The report noted that transparency and data collection in particular needed to be improved.

The report also stated that while the investigation was being conducted, there was a large spike in violence and murders in the city, with neighborhoods in the Chicago’s South and West sides continuing to be “disproportionately ravaged by gun violence,” where the city and the police need to rebuild trust in these communities, many of which have large Black and non-white populations.

The report slammed the Chicago Police department for tolerating “racially discriminatory conduct that not only undermines police legitimacy, but also contributes to the pattern of unreasonable force.”

The department’s “pattern of unlawful conduct” was also due largely to poor training and supervision, with the DOJ advocating a number of changes – including the common refrain of "more community-focused policing."

The probe began in December 2015 after several days of protests following the release of video footage showing Laquan McDonald, a Black teenager, being fatally shot by Jason Van Dyke, a white police officer.