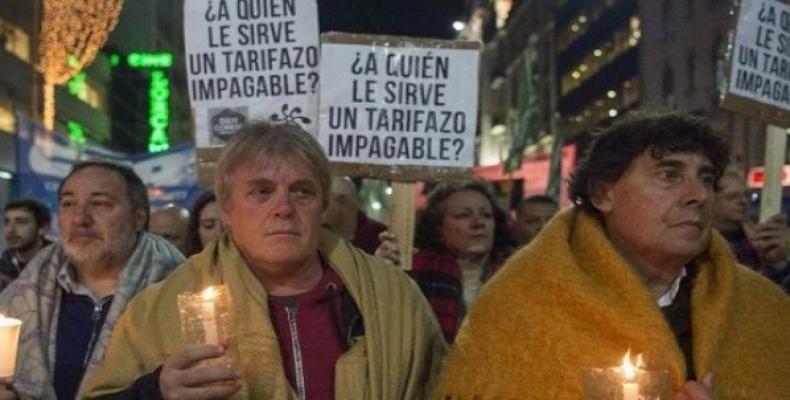 Buenos Aires, February 2 (RHC)-- The government of President Mauricio Macri in Argentina has announced the prices of electricity will rise, once again, between 61 and 148 percent, as the country faces another utility hike as part of a broad austerity plan.

Argentinean Energy and Mining Minister Juan Jose Aranguren, former CEO of oil company Shell, announced the hike at a press conference broadcast by the ministry he heads and said the price hike would begin immediately.

In what is being called the "process of normalization of the electricity market," the increase in the price of electricity will be split between February and March to reach 620 Argentinean pesos, about $39, per megawatt-hour.

When the government of Macri took office in December 2015, it announced an electric emergency until the end of 2017.  During 2016, Macri increased the price of electricity by between 200 and 300 percent, water up to 375 percent, while the price of gas rose by 400 percent.

"The distribution of energy is getting worse" despite increases, so "the energy policy that the state is developing profits the companies," said Osvaldo Bassano, president of the Association of Defense of Consumer Rights.