Electricity service to be fully reestablished on Thursday 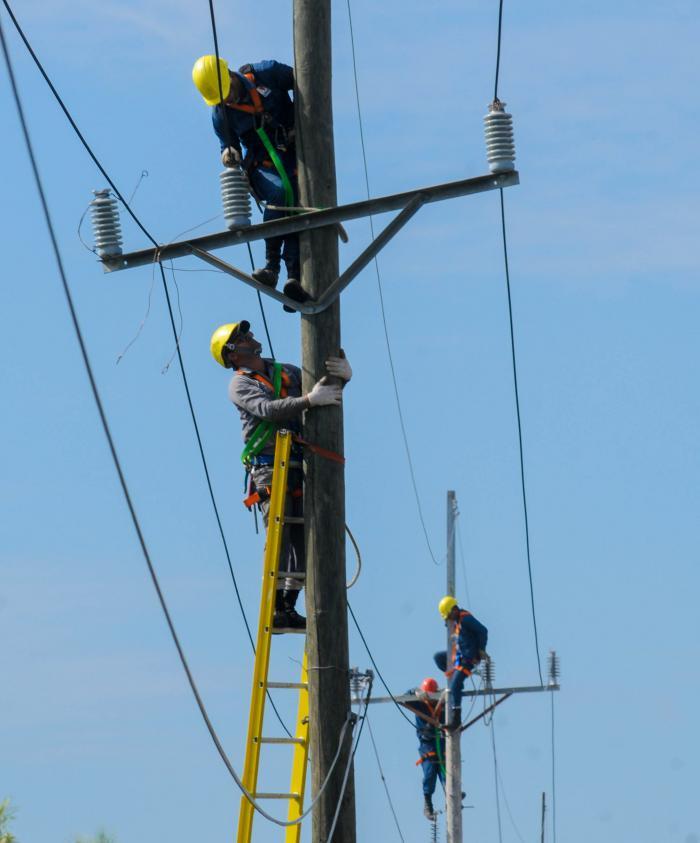 Havana, August 27 (RHC)-- More than 500 brigades of workers from the Electrical Union (UNE), mainly linemen, are working uninterruptedly to restore the power supply in all areas of the country where Tropical Storm Laura struck.

The most serious damages are found in Santiago de Cuba and Guantanamo provinces, the region where Laura first landed in Cuba, as well as Pinar del Río and Artemisa, from which it moved away from the archipelago.

"The area with the most difficulties to restore the service - is in the mountains of Santiago de Cuba and Guantánamo, as well as in Sancti Spíritus and some places in Havana and Artemisa, according to the Electrical Union.

This Tuesday morning, due to power damages in a main node of the cellular network, the numbers starting with 51, 56, 59 and part of 54 were affected, Etecsa said.

Evaluation of damage in agriculture continues. Reportedly main impact has been on banana, maize and cassava plantations.

Our solidarity with local population and authorities in #Texas and #Louisiana Hope they can recover soon from the impact of #LauraHurricane pic.twitter.com/GlFKY6XEk0

Cuba´s ambassador to the US Jose Ramon Cabañas conveyed on Twitter the island´s solidarity lo the local population and authorities of the States of Texas and Louisiana.

“Hope they can recover soon from the impact of Hurricane Laura”, he wrote on that social media network.

Laura made landfall near Cameron, Louisiana, in the early hours of Thursday as a Category 4 hurricane, delivering a barrage of 150-mile-an-hour winds and massive storm surge, causing catastrophic damage.