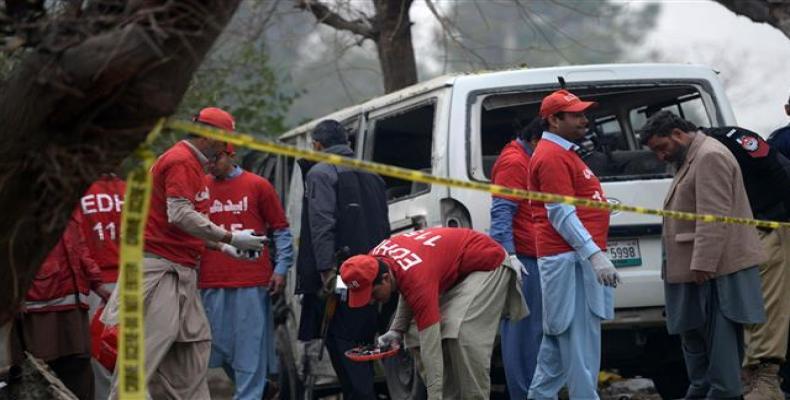 Peshawar, February 15 (RHC)-- Multiple bombings over the past three days have rocked Pakistan, with the latest attacks claiming the lives of six people in the northwest.

On Wednesday, an assailant riding a motor bike attacked a van transporting a judge in the city of Peshawar.  Senior police official Sajjad Khan said the driver of the van was killed and five people, including the judge, were injured.

The Peshawar bombing came hours after two attackers hit a government compound in the tribal area of Mohmand near the Afghan border.  Hamidullah Khattak, a local administration official, said three policemen and two passers-by died in the attack.

On Monday, a deadly bombing rocked Lahore, the capital of Punjab province, killing over a dozen people.

In reaction to the recent deadly blasts, Pakistan's Foreign Ministry on Wednesday summoned Afghan Deputy Head of Mission Syed Abdul Nasir Yousafi in protest.  Afghanistan and Pakistan blame each other for the Taliban violence plaguing both countries.