Hundreds of Thousands March for More Refugees in Barcelona 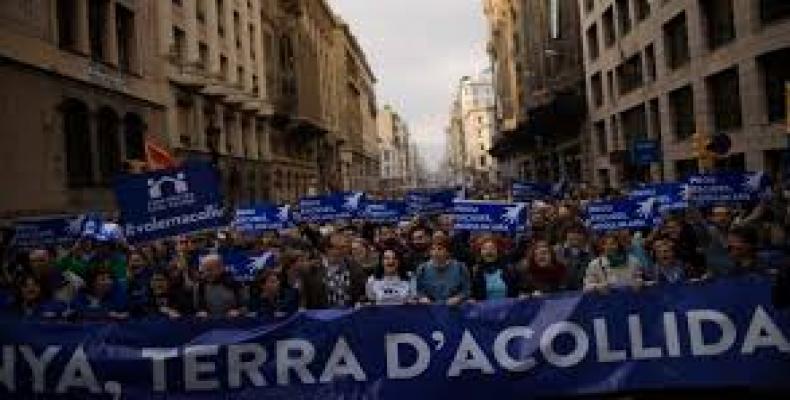 Barcelona, February 21 (RHC)-- Up to 500,000 people hit the streets in Barcelona to demand their government accept more refugees, just after Spain only accepted 1,100 of the 17,000 it promised to accept in two years.  Spain has half a year to accept the remaining 16,000.

"It is very important that in a Europe of uncertainty where xenophobia is on the rise for Barcelona to be a capital of hope," said Barcelona mayor Ada Colau, who took part.  Colau came to office as an organizer with an anti-eviction campaign, an offshoot of the Indignados movement that also produced the organizer of the march, Cosa Nostra Casa Vostra.

Police counted around 160,000 protesters, but estimates from activists were much higher.  The slogan, “We Want to Welcome Them” rang in the streets as representatives from various social groups made reference to the Europe-wide Refugees Welcome movement and to anti-war struggles.