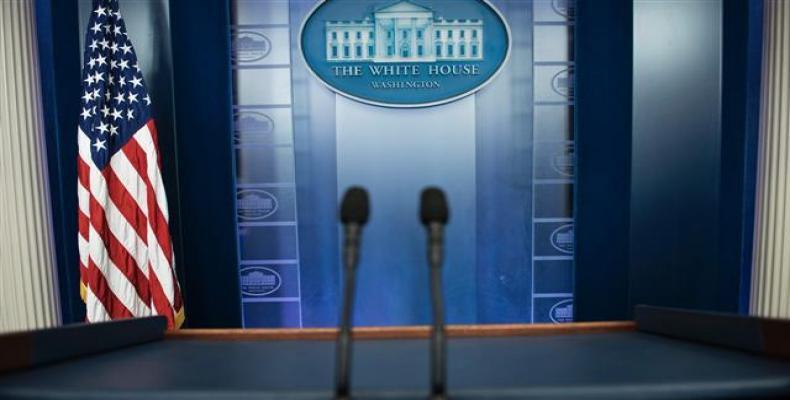 CNN, The New York Times, Politico, the Los Angeles Times, The Hill, the Daily Mail and BuzzFeed News were left out from Friday’s off-camera briefing, which was hosted by White House Press Secretary Sean Spicer.  Generally referred to as gaggles, the off-camera sessions are less formal than the televised ones.  Trump has on many occasions accused the blocked media of publishing fake stories about his administration.

Sarah Hockabee Sanders, White House’s principal deputy press secretary, defended the move in a statement, saying the press pool was invited “so everyone would be represented and get an update from us today.”   The press pool usually features a major TV channel and a print outlet, which then provide other media with the content of the session.

According to CNN, however, the pool on Friday featured four of the five major television networks — NBC, ABC, CBS and Fox News — and only CNN was not invited.   Among written media, conservative news organizations such as Breitbart News, The Washington Times and One America News Network were given a spot.

The White House Correspondents Association protested the decision, saying it would discuss the matter with the administration.  National Press Club President Jeffrey Ballou said the "deeply disturbing" move "harkens back to the darkest chapters of U.S. history and reeks of undemocratic, un-American and unconstitutional censorship."