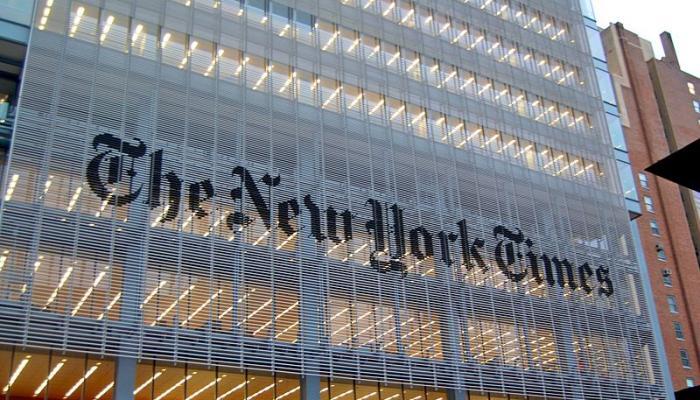 New York, July 31 (RHC)-- The publisher of the New York Times has urged U.S. President Donald Trump to stop describing the American news media as "enemies of the people," saying it could "lead to violence" against reporters.

Arthur Gregg Sulzberger made the details of their private meeting public after Trump tweeted about it.  He received a request from the White House to meet with Trump over concerns about the newspaper’s coverage of news events.

On July 20th, Sulzberger went to the White House, accompanied by James Bennett, who oversees the editorial page of the Times.  Trump’s aides requested that the meeting be off the record, which has also been the practice for such meetings in the past.  But with Trump’s tweet over the weekend, he has put the meeting on the record, so Sulzberger said he decided to respond to the president’s characterization of their conversation, based on detailed notes that he took.

In his initial tweet, the president said it had been a "very good" meeting.  But he later accused media of putting people's lives at risk through their reporting.  "Spent much time talking about the vast amounts of Fake News being put out by the media & how that Fake News has morphed into phrase, 'Enemy of the People.' Sad!"” Trump’s first tweet read.

The New York Times then released its statement, saying it had decided to "respond to the president's characterization of their conversation."  Sulzberger said he had accepted the meeting with Trump to raise concerns about the president's "deeply troubling anti-press rhetoric."

He said he told Trump that the phrase "fake news" was "untrue and harmful" but said he was "far more concerned about his labeling journalists 'the enemy of the people'."  He said: "I warned that this inflammatory language is contributing to a rise in threats against journalists and will lead to violence."

After Sulzberger's statement was made public, Trump appeared to respond, tweeting that media reporting on the "internal deliberations" of government "truly puts the lives of many, not just journalists, at risk."  The U.S. president said the media was being "driven insane by their Trump Derangement Syndrome" and accused them of writing "bad stories even on very positive achievements."

After his election, Trump has repeatedly used the term “fake news” to cast doubt on critical media reports about his administration, often without providing any evidence to support his case.  As a candidate, Trump had pursued the same anti-media rhetoric threatening to "open up our libel laws so when they write purposely negative and horrible and false articles, we can sue them and win lots of money."