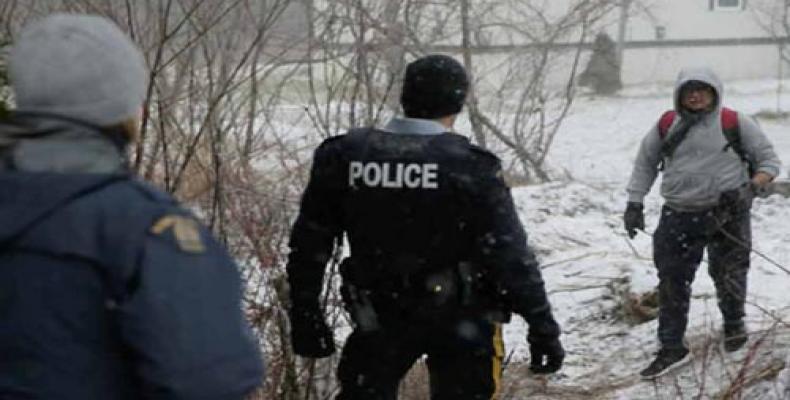 Ottawa, March 18 (RHC/Wires) – Canada has detained more migrants from Mexico in the first three months of 2017 than they have annually in each of the past three years.

The Canadian Border Services would not provide information on the reasons for the detentions but says that it can detain foreign nationals if their identity is unclear, or if the person is believed to "pose a threat to public safety" or might not appear for a deportation proceeding.

Reuters also found that Mexican nationals are being turned back at the Canadian border in record numbers. More than 313 were denied entry in January 2017, more than the annual totals for each of 2012, 2013 and 2014.

The Reuters report comes as Canadian Prime Minister Justin Trudeau has tried to present his country as more welcoming to migrants and refugees in contrast to his southern neighbor.