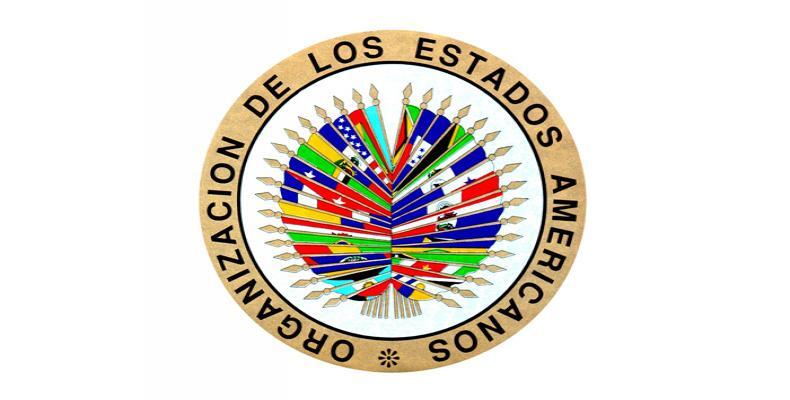 Washington, April 6 (RHC)-- As the Organization of American States continues to threaten Venezuela in the wake of an unusual session used issue a resolution criticizing President Nicolas Maduro's government, the South American country blasted the organization for acting in a "racist and classist" manner and bulldozing its own rules with an "illegal" meeting.

The country was joined by Bolivia and Nicaragua in strongly criticizing the bloc for its “unprecedented” action, rejecting the recent meeting and its resolutions as invalid.

During the meeting in Washington, Bolivia’s Foreign Minister Fernando Huanacuni laid out reasons why a move by the OAS earlier this wee to overrule the decision of the chair to suspend the meeting — scheduled to discuss the political situation in Venezuela amid calls to invoke the body’s so-called Democratic Charter against the country — and go ahead with the session was illegitimate.

Huanacuni highlighted that only 21 of the OAS’ 35 states were present for the meeting, saying that it appeared that the OAS implicitly stated that the opinions of the countries that were not present did not count.  He argued that the move constituted a “flagrant violation” of the body’s own internal order and that the meeting was “invalid.”

“Bolivia will not accept any violations from any country,” Huanacuni said. “It was unacceptable to have the council come together in a fraudulent manner.”  He noted that according to the OAS’ norms, in the event that the chair cannot conduct the meeting, the vice chair would take on the responsibility.  Representatives of Bolivia and Haiti, the current chair and vice chair respectively, were both in the building at the time, meaning there was no reason to override their authority over the meeting, he argued.

The Bolivian minister added that in light of rules of the body, the approval of decisions by consensus when a number of states are not represented is not acceptable.  “What happened on April 3 is bad for multi-lateralism and an affront to international law,” Huanacuni added.  “The OAS cannot respond only to the strongest countries in the region,” he continued. “Bolivia respects and expects to be respected.”

Despite Bolivia’s decision as the pro-tempore president of the OAS’s permanent council and chair of the session was to call off the meeting Monday — but a group of representatives went ahead with the agenda anyway. In the absence of several of the body’s 35 countries, 17 of the 21 countries that attended the session approved a resolution that condemned a “grave, unconstitutional break in the democratic order” in Venezuela.

Venezuelan Foreign Minister Delcy Rodriguez echoed Bolivia’s criticism Wednesday, blasting the recent meeting and declaration on Venezuela as illegal.  She stated that the OAS has violated its own institutional rules, arguing that the organization has “lost its compass” and carried out an “unprecedented act.”

“We are entering a new and disgraceful chapter of this organization,” she said, adding that Monday’s irregular meeting was an “affront to the dignity of our peoples” with “racist and classist” undertones that “violated every rule in the book” to carry out an agenda of trying to “interfere in the internal affairs of states.”

“Both the session and the resolution from April 3 are unacceptable, they are proof of procedural fraud and unlawful attempts by members of the organization,” Rodriguez said.

“Venezuela does not recognize this de facto session. It is invalid and does not have legitimacy. Its unlawful decisions cannot be recognized,” she added.

Earlier in the meeting, Mexican Foreign Minister Luis Videgaray presented the theme for the upcoming 47th General Assembly, which will be held in Mexico City in June. The proposed theme of “Strengthening dialogue and consensus for prosperity” was enthusiastically welcomed by several members of the organization.

The meeting comes amid high tensions in the OAS as Secretary-General Luis Almagro continues to attack Venezuela, calling in recent weeks for the application of the body’s Democratic Charter against the socialist nation, a move that would trigger its suspension from the bloc.

Almagro has repeatedly echoed the position of the Venezuela’s right-wing opposition, including insisting that a contentious Supreme Court ruling last week amounted to a self-coup, even though the decision was swiftly reversed.

Almagro has attracted criticism over the past year for fixating on Venezuela while turning a blind eye to other concerning political and human rights situations in Latin America, including violations linked to the war on drugs in Mexico, the parliamentary coup against Dilma Rousseff in Brazil, and other issues.

Meanwhile, as opposition figures and international media have reported government repression of the latest opposition protests in Venezuela, the government has called on the court to investigate “acts of violence” that took place at the hands of anti-government protesters, who have resorted to violence in the past.