OAS Fails in Plan to Interfere in Venezuela's Affairs 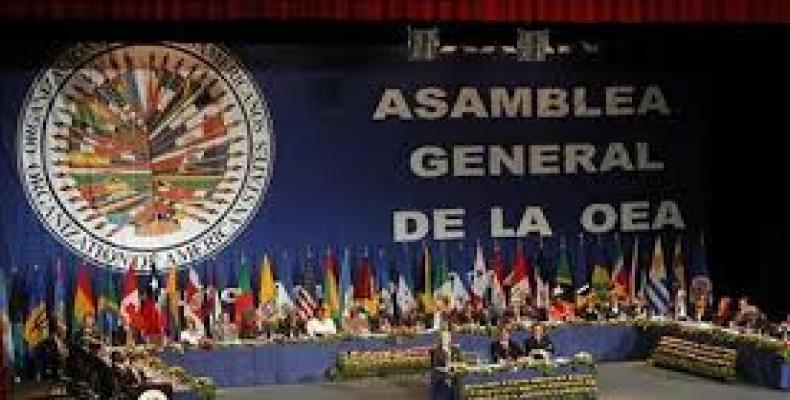 Caracas, June 25 (RHC) An extraordinary session of the Organization of American States (OAS) on Venezuela ended late Friday without a condemnation of the Latin American country, seen by many as a victory of Venezuelan diplomacy and a blow to Venezuelan oppositon and its international acolites.

Following a morning vote, in which Member States decided, by 20 in favor and 12 against, to discuss a condenatory report by the Secretary General, Luis Almagro, the debate took a turn in support of the dialogue path as a way to solve the complex situation in Venezuela.

Venezuelan Foreign Minister Delcy Rodríguez, unveiled during the session the connivance between Almagro and representatives of the Venezuelan right to try to tarnish the prestige of the government of Nicolas Maduro and facilitate a coup.

The pretext used was an alleged humanitarian crisis due to lack of food and medicine, challenged Thursday by Rodriguez during a second address in which she proved such claims false.

The session ended without a clear decision whether this debate would resume and if so when it would take place.

According to the opinion of analysts, while failure by the OAS to reach a consensus against Venezuela did not mean an end of the manipulation against the South American nation, it will force the government enemies to reconsider their tactics.