Brazilian President Backs Off on Deploying Army in Streets 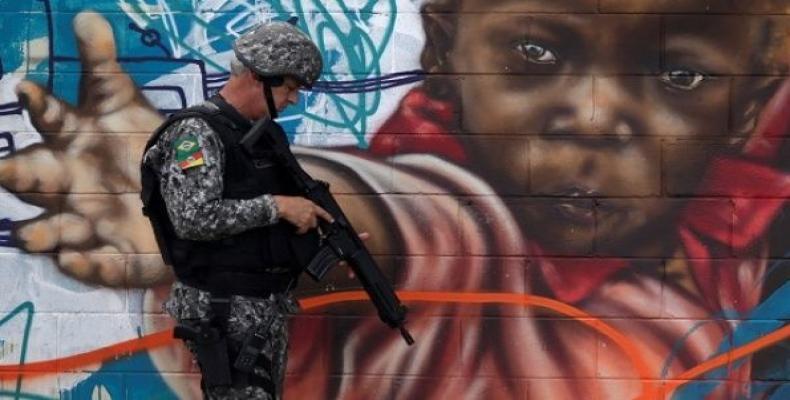 Rio de Janeiro, May 26 (RHC-Xinhua)-- Brazilian President Michel Temer has signed a decree canceling a previous order to deploy troops in the streets of the capital city Brasilia for a week.

The order was signed less than 24 hours after the previous one in which Temer had asked the army to occupy the streets to quell a protest against him near the government's headquarters.

The army-deploying order was met with strong reaction in the Congress, while the opposition vehemently disapproved the order, saying it is unconstitutional.

Massive protests have been taking place in major cities and towns across Brazil, as the scandals involving the current government continue to pile up.  Temer's situation was complicated even more after a tape of him endorsing bribes and committing obstruction of justice was released last week.