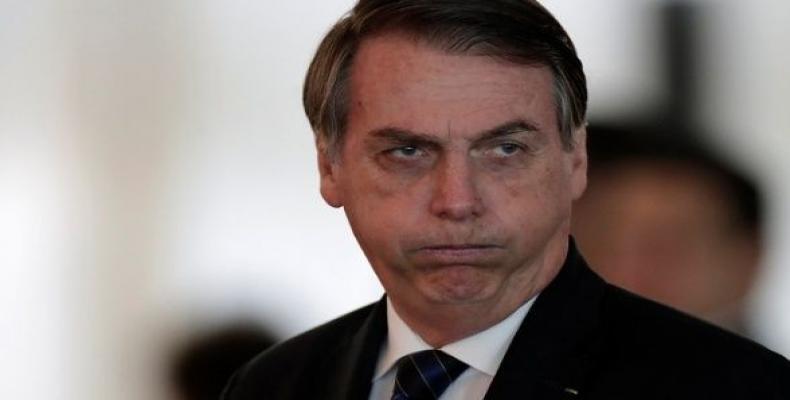 Caracas, April 15 (RHC)-- Venezuelan President Nicolas Maduro has affirmed that his country will strongly retaliate against Brazil, calling on the Brazilian Army to resist President Jair Bolsonaro'’s attempts to intervene in its neighbor’s' affairs.

Maduro said that the people of Venezuela stand united against the “threats of war and military intervention” voiced by the Brazilian right-wing leader.  He blasted Bolsonaro as “a fascist rookie” and “a Hitler imitator,” and warned that Caracas will find ways to retaliate against any attacks coming from its neighbors.  Maduro also called on the Brazilian Army to “stop the madness” and thwart the attempts to create a conflict in the region.

A former army captain, Bolsonaro has never hidden his deep animosity towards the socialist government of Venezuela.  Under his tenure, Brazil was among the first nations to openly back the opposition leader Juan Guaido as a so-called "interim president" during his standoff with Maduro.

In a radio interview last week, the Brazilian leader said that he was working with U.S. President Donald Trump to sow dissent within Venezuela's armed forces in the hopes of ousting Maduro.  He also said that he will consider helping Washington should the U.S. launch a military invasion of Venezuela.  His remarks were a departure from the ones previously made by Brazil's vice president, who explicitly ruled out military intervention in Venezuela.