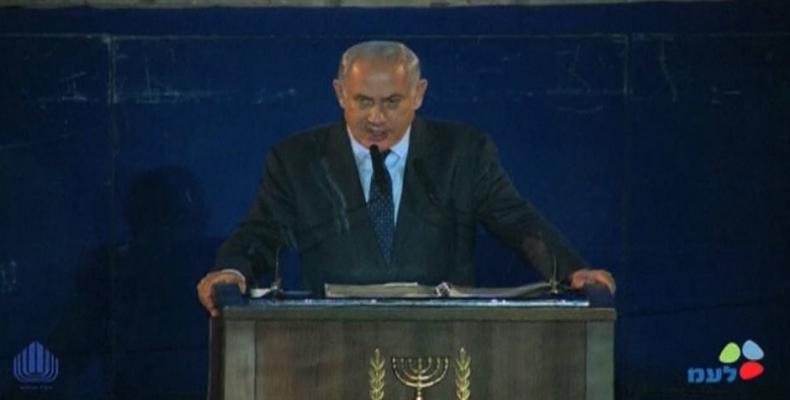 Tel Aviv, June 15 (RHC)-- Israeli Prime Minister Benjamin Netanyahu has vowed the Israeli military will occupy the Palestinian West Bank indefinitely -- a promise that precludes the possibility of a two-state peace deal. Netanyahu said: "In any agreement, and even without an agreement, we will maintain security control over the entire territory west of the Jordan River."

Meanwhile, Israel’s security cabinet has cut down on the electricity it sells to the Gaza Strip, leaving residents living by candlelight and unable to keep food from spoiling. Before the reduction, Gaza residents only had about an average of four hours of electricity a day. Now the 2 million Palestinians living in Gaza will only have about three hours and 15 minutes of electricity daily.