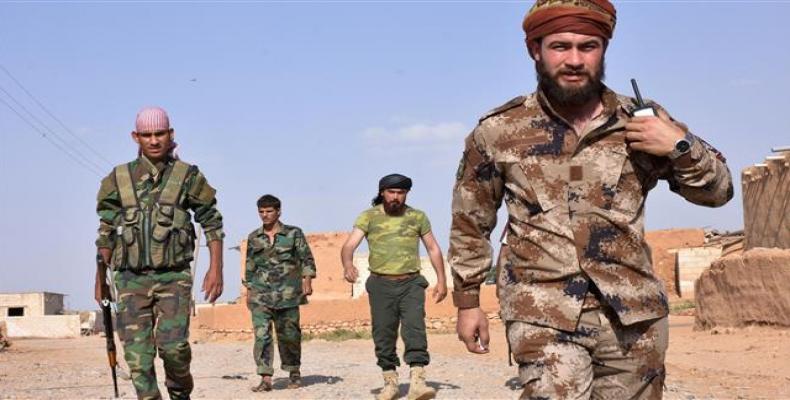 A military source, speaking on condition of anonymity, told Syria’s official news agency SANA that Syrian soldiers and their allies have nearly taken full control of al-Dhaliyat region in the Humeima district, which lies on the border between Homs and Dayr al-Zawr provinces.

The source added that scores of Takfiri Daesh terrorists were killed and their munitions destroyed during the operation, noting that bomb disposal teams are now clearing the area of landmines and improvised explosive devices (IEDs) planted by the extremists.

The fighter jets of the Syrian Air Force also carried out a series of airstrikes against Daesh positions and supply routes across Dayr al-Zawr Province, leaving a large number of the Takfiris dead and injured.

Syria has been fighting different foreign-sponsored militant and terrorist groups since March 2011. UN Special Envoy for Syria Staffan de Mistura estimated last August that more than 400,000 people had been killed in the crisis until then.