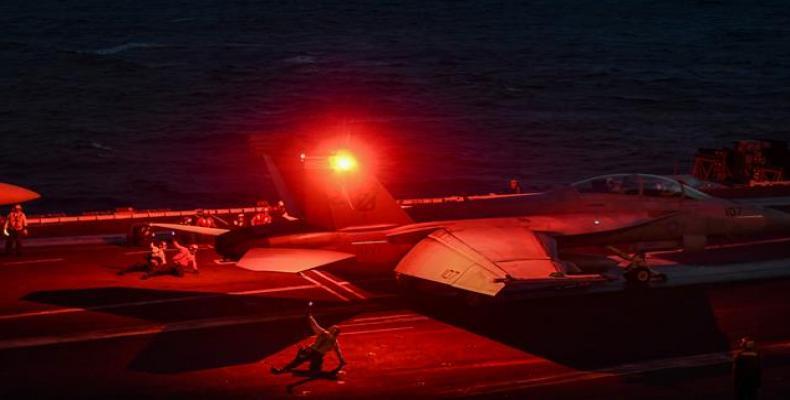 Damascus, May 24 (RHC)-- U.S.-led coalition warplanes have targeted several Syrian military positions in the country's eastern Dayr al-Zawr province.  "Some of our military positions between Albu Kamal and Hmeimeh were hit this morning in an aggression by American coalition warplanes," the Syrian official news agency, SANA, quoted a military source as saying on early Thursday.  The source added that no casualties were caused by the attacks that only resulted in "material damage."

Earlier in the day, Syrian army soldiers and pro-government fighters repelled Daesh militant attacks on a number of military sites in Dayr al-Zawr province near the border with Iraq.

SANA reported that Daesh militants sought to attack army outposts on the outskirts of Mayadin town, located about 44 kilometers southeast of the provincial capital city of Dayr al-Zawr, but they were confronted by units of government troops and their allies.

An unidentified number of terrorists were killed and wounded in the process, and their munitions destroyed.  The attacks come amid reports of the full liberation of neighborhoods south of the Syrian capital Damascus from the clutches of the Daesh Takfiri terrorist group.