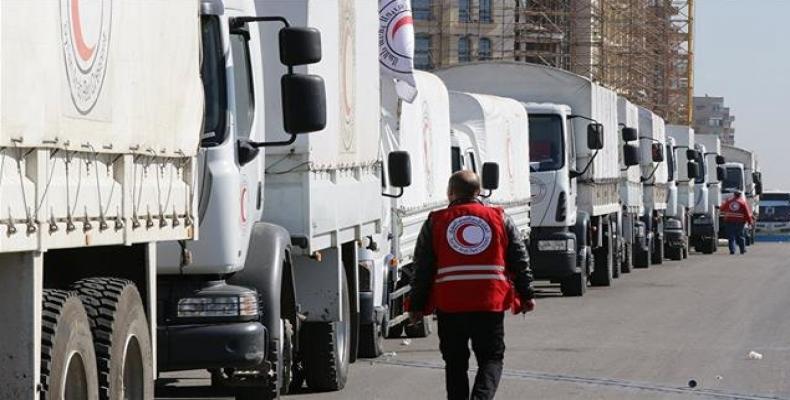 Mohammed Dhiab, the media coordinator for the Syrian Arab Red Crescent (SARC) in the province, told Syria’s official news agency SANA that a convoy of ten truckloads of drinking water, medicine, hygiene products and other basic commodities was once again prevented from passing al-Salihiyah crossing point.

He added that the convoy had been stopped at the Kurdish-controlled crossing point for five consecutive days before being denied entry under the pretext that American forces in the area had not allowed the passage.  Dhiab further noted that U.S. troops and SDF militants placed concrete barriers and barricades in front of the trucks at last.

The official went on to say that the aid convoy had been provided by the Syrian government, SARC as well as the Russian Coordination Center, and was destined for the town of Hajin, which lies along the Euphrates River and south of the provincial capital city of Dayr al-Zawr.