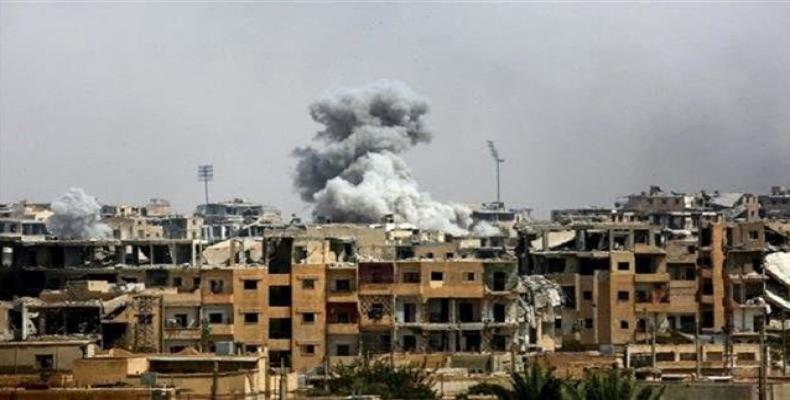 Syria’s official news agency SANA, citing local and media sources, reported over the weekend that the coalition’s fighter jets had pounded a residential neighborhood in Hajin, killing 15 people, mostly women and children, and wounding an unspecified number of others.

In June last year, Human Rights Watch (HRW) warned that the U.S.-led coalition was deploying white phosphorous bombs in both Iraq and Syria.

The U.S.-led coalition has been carrying out airstrikes against what are said to be Daesh targets inside Syria since September 2014 without any authorization from the Damascus government or a United Nations mandate.

Furthermore, the military alliance has repeatedly been accused of targeting and killing civilians.  It has also been largely incapable of achieving its declared goal of destroying Daesh.