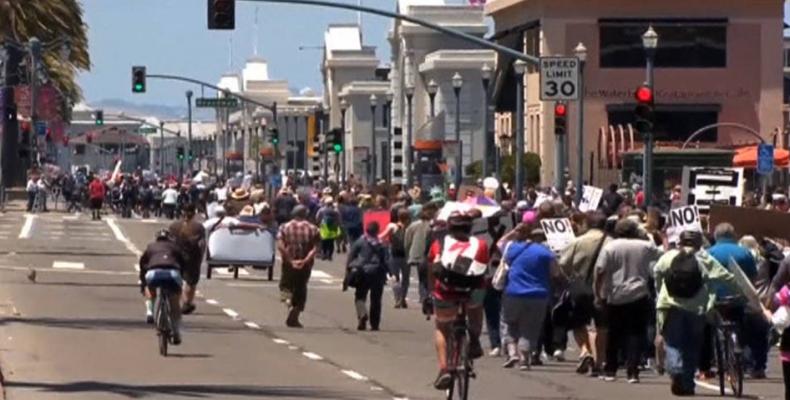 Meanwhile, on Capitol Hill, more than 20 Democratic lawmakers are now backing a bill introduced by Maryland Congressmember Jamie Raskin that would create a commission to determine if the president is mentally or physically unfit for office.

The proposed legislation has gained support over the last week, after Trump issued sexist tweets attacking MSNBC’s Mika Brzezinski, calling her "crazy" and falsely claiming she was "bleeding badly from a face-lift."

In related news, yesterday, July 4th, was Independence Day in the United States.  Across the U.S., activists staged protests and demonstrations to demand justice for indigenous people, immigrants, Muslims and others.

In Texas, people blockaded the July 4th parade to protest the anti-immigrant bill SB 2, which was signed into law by Texas Governor Greg Abbott.  Also in Texas, protesters heckled Senator Ted Cruz over his support for the Republican health care bill, chanting: "Ted wants us dead."  If passed, the Republican Senate health care plan could cause 22 million Americans to lose their insurance over the next decade.