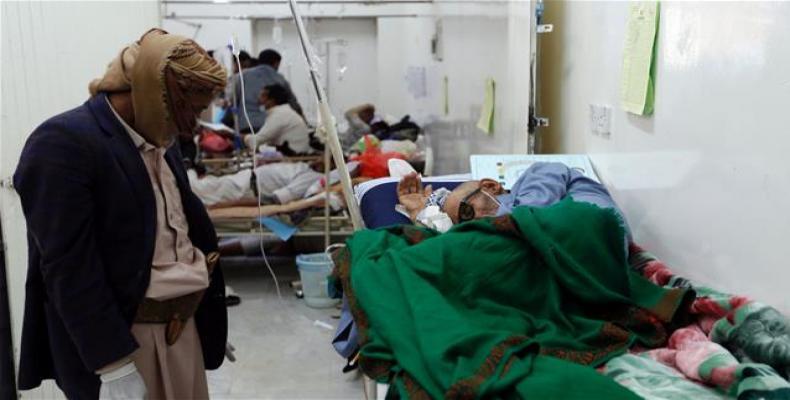 London, August 7 (RHC)-- The Oxfam charity group says the cholera epidemic in Yemen, which is the subject of a Saudi Arabian war and total embargo, is the largest recorded in modern history.

The international charity organization noted that more than 360,000 suspected cases of cholera had been sighted in a three-month period, topping Haiti’s 340,000 after an earthquake in 2011.

“It is quite frankly staggering that in just three months more people in Yemen have contracted cholera than any country has suffered in a single year since modern records began,” said Nigel Timmins, Oxfam’s humanitarian director.

Since its outbreak in Yemen in April this year, 2,000 people have died from the disease, according to Oxfam.  “This is a massive crisis needing a massive response… So far, funding from government donors to pay for the aid effort has been lackluster at best, less than half of what is needed,” he added.

Saudi Arabia, which has been waging a deadly war on Yemen since March 2015 and has also laid siege to the already-impoverished country, has been largely blamed for the cholera epidemic.  Earlier this month, the United Nations said the “cholera scandal is entirely man-made.”

The Saudi war has also left more than 17 million people in the country food-insecure, with some 6.8 million of them in need of immediate aid.