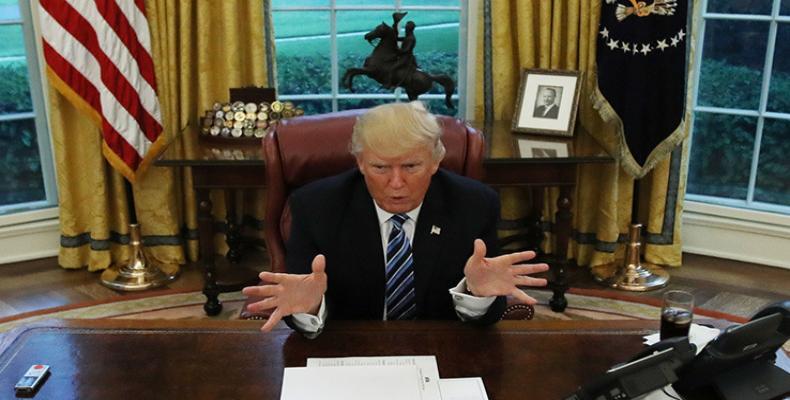 Meanwhile, the U.S. Department of Defense said it "has not received any orders with regards to Venezuela."  Pentagon spokesman Eric Pahon said: "The military conducts contingency planning for a variety of situations.  If called upon, we are prepared to support... government efforts to protect our national interests and safeguard U.S. citizens.”

Earlier, Venezuelan President Nicolas Maduro vowed to stand up to the United States for its “imperialistic behavior."  Speaking before a gathering of the National Constituent Assembly in Caracas on Thursday, Maduro said: “We will never cede to foreign powers,” adding that Donald Trump had to end his “imperialist aggression” toward Venezuela.