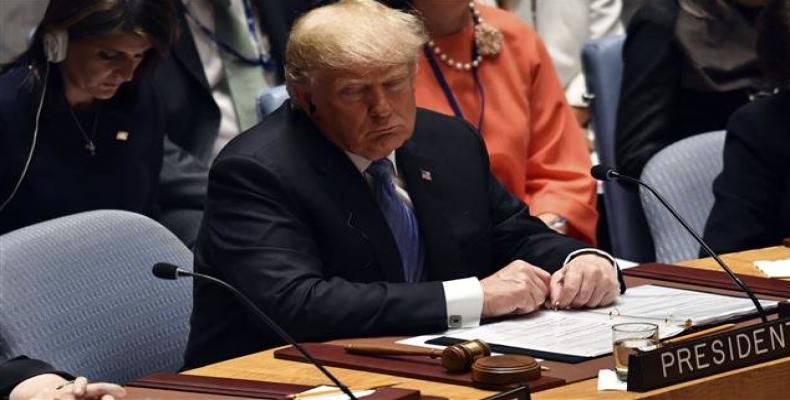 "Venezuela expresses its strongest rejection of the warmongering and interventionist statements issued by the president of the United States ... aimed at promoting a military uprising in the country," Venezuela’s foreign ministry said in a statement on Wednesday.

Speaking on the sidelines of the UN General Assembly on Tuesday, Trump said the government in Venezuela, “could be toppled very quickly by the military, if the military decides to do that.”