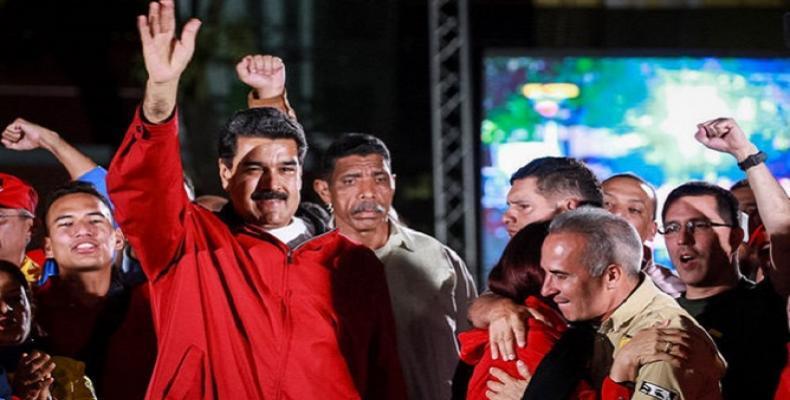 Caracas, August 1 (RHC)-- Venezuelan President Nicolas Maduro has defended himself against recent sanctions imposed by the United States.  In a public address, Maduro declared: "Impose whatever sanctions you like but I am the leader of the free people."

The comments come after the U.S. Treasury Department announced it will impose sanctions directly on President Maduro.  The sanctions mean Maduro's assets subject to U.S. jurisdiction are now frozen and people from the U.S. are prohibited from dealing with the head of state.

Maduro assured that pressure from the United States will not derail the ANC.  "Venezuela will not be silenced, nothing and nobody will stop the National Constituent Assembly," he said.

According to electoral authorities, over 8 million people voted in Venezuela's National Constituent Assembly election Sunday — a turnout of over 41 percent.

Maduro argued the mass turnout was an indication that the people of Venezuela were committed to peace and see the ANC as a solution to the country's current political crisis.

The Venezuelan president said: "I will be happy to meet him and shake his hand but Trump is making the biggest mistake of his life with Venezuela because Venezuela is the key to solidarity in the region."