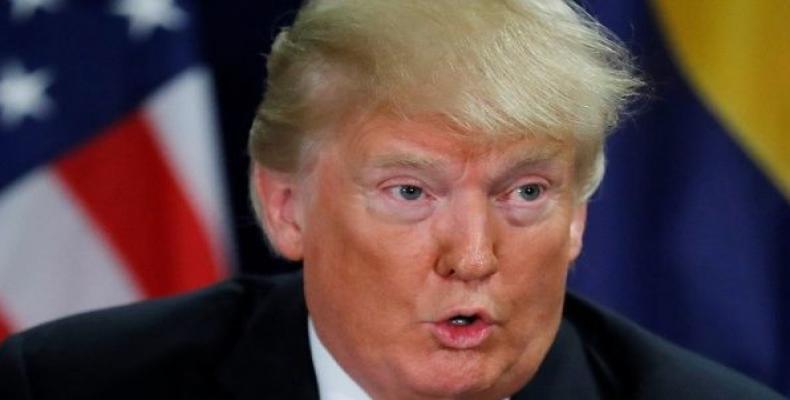 New York, September 26 (RHC)-- Speaking on the sidelines of the United Nations General Assembly session in New York, an organization meant to promote peace, the U.S. president has confirmed his backing for violent military takeovers and interventions.

U.S. President Donald Trump said Tuesday that a military coup against the government of Nicolas Maduro in Venezuela could succeed "quickly" if the Venezuelan Armed Forces decided to organize it, and confirmed that he is keeping the military option on the table in the face of the crisis in that country.

"It's a regime (Maduro's) that frankly, could be defeated very quickly if the military decides to do that," Trump told reporters according to EFE during his first meeting with Colombian President Ivan Duque in the context of the United Nations General Assembly debate.