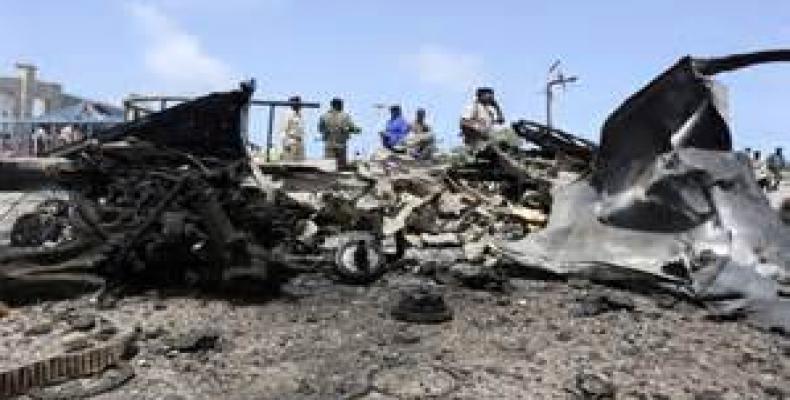 Mogadishu, October 23 (RHC)-- In Somalia, a roadside bomb exploded Sunday south of the capital Mogadishu, tearing through a minibus and killing at least 11 people. A witness said he saw a Somali military vehicle pass near the time of the explosion and that the civilians were probably killed in error.

There’s been no claim of responsibility for the attack, which came a week after a bombing in Mogadishu killed at least 358 people and wounded hundreds of others.