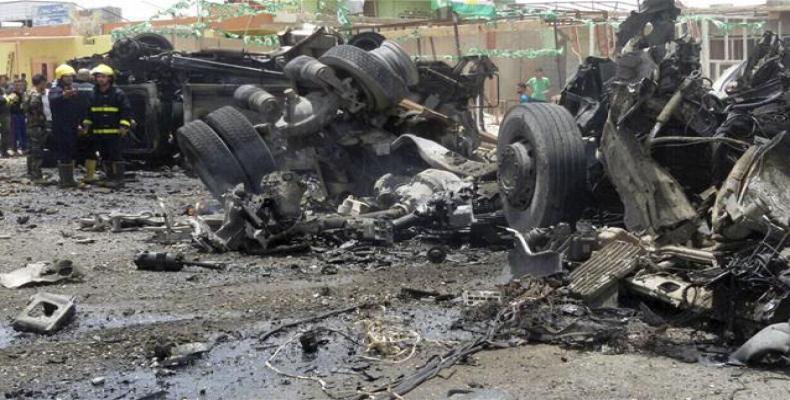 According to medical sources, most of the casualties were civilians and the death toll is expected to rise as many of those wounded are in critical condition. At least six Iraqi security forces were among those killed.

No group has claimed responsibility for the bomb attack.  The incident comes a few days following the collapse of the proclaimed caliphate of Daesh Takfiri terrorists in Iraq and Syria.

Iraqi armed forces recently liberated the town of Rawa near the border with Syria, which was the last remaining town under Daesh’s control, and raised the Iraqi flag over its buildings.  Days later, Syrian army soldiers, backed by pro-government fighters from popular defense groups, fully liberated Bukamal, Daesh’s last stronghold in Syria, which is a strategic city in the country’s eastern province of Dayr al-Zawr on the border with Iraq.

The recapture of the two towns marked an end to Daesh’s reign of terror, which started in 2014 with the group making vast territorial gains in a lightning offensive and establishing its self-proclaimed “caliphate” in Iraq’s Mosul and Syria’s Raqqah.