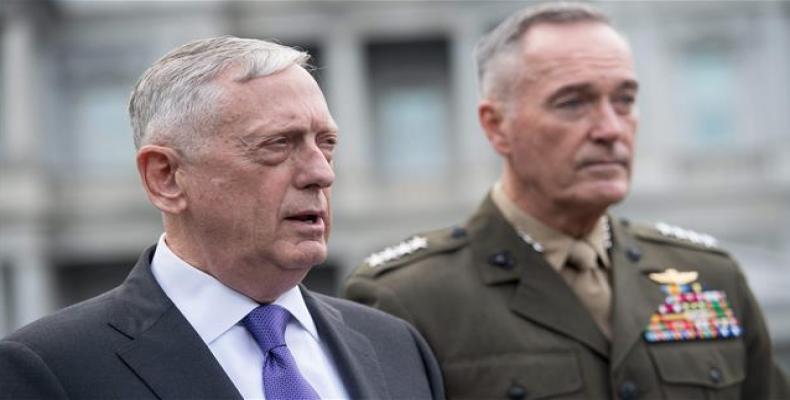 Washington, September 4 (RHC)-- U.S. Defense Secretary James Mattis has warned North Korea of a "massive military response" in a statement read to reporters outside the White House on Sunday.  The Pentagon chief said: "Any threat to the United States or its territories including Guam or our allies will be met with a massive military response."  He went on to say that the United Nations Security Council is "unanimous in their commitment to the de-nuclearization of the Korean peninsula, adding: "We are not looking to the total annihilation of a country, namely, North Korea."

According to reports from Washington, U.S. President Donald Trump has sought willingness to be briefed about the "many military options" available to face what the West considers North Korea's nuclear threat.

Earlier, Pyongyang announced the test of a hydrogen bomb, despite Donald Trump's warnings.

"The United States is considering, in addition to other options, stopping all trade with any country doing business with North Korea," Trump had warned.

Tensions on the Korean Peninsula have heightened since Washington recently engineered tougher sanctions in the United Nations Security Council over the North's testing of two intercontinental ballistic missiles.