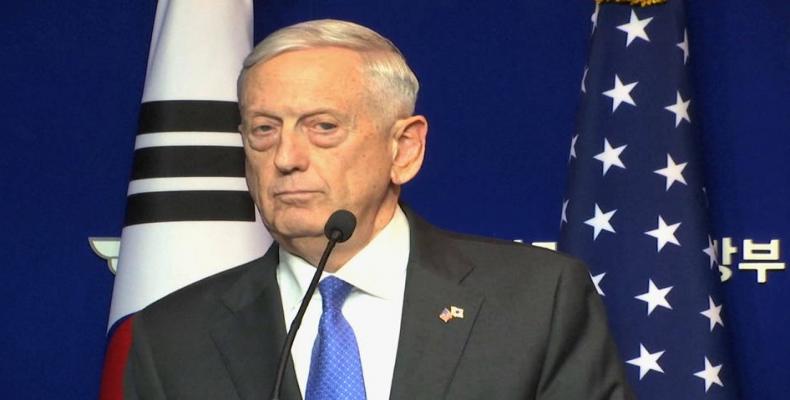 Washington, October 30 (RHC)-- U.S. Defense Secretary James Mattis said over the weekend that the threat of a nuclear attack by North Korea is accelerating, warning the Trump administration is prepared to launch an all-out assault on the nation of 25 million people.

Mattis was speaking alongside his South Korean counterpart during a visit to Seoul.  Defense Secretary James Mattis said: “Make no mistake: Any attack on the United States or our allies will be defeated.  Any use of nuclear weapons by the North will be met with a massive military response, effective and overwhelming.”

Mattis’s threat came as Vice President Mike Pence toured an intercontinental ballistic missile launch site at an Air Force base in Minot, North Dakota, telling airmen that the Trump administration was prepared to launch an attack on North Korea.

Pence’s visit was carried out as the Trump administration seeks to expand the U.S. nuclear arsenal.  A draft of the Nuclear Posture Review reviewed by top administration officials last month calls for new “low yield” nuclear warheads, sea-launched nuclear-armed cruise missiles, preparations for possible nuclear weapons tests and an easing of conditions under which the U.S. might launch a nuclear attack.