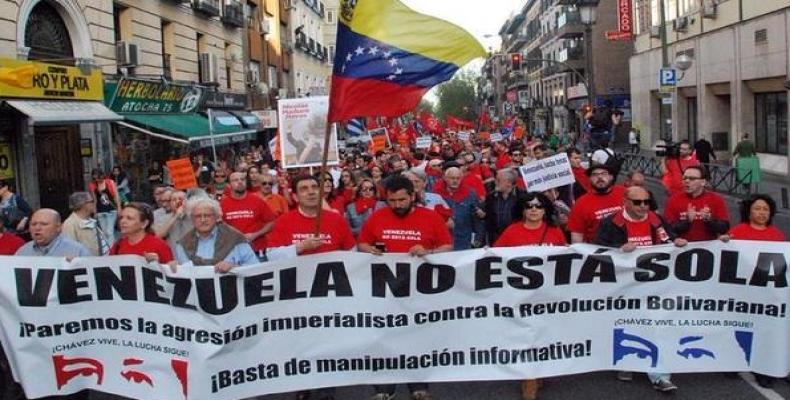 The event, called for by Venezuelan President Nicolas Maduro under the slogan “We Are All Venezuela,” is being held in the Teresa Carreño Theater in Caracas from Saturday, September 16th through Tuesday, September 19th.

Issues under discussion include the defense of the Bolivarian Revolution, the fight against imperialism, racism and financial counter-revolution, environmental rights, anti-imperialist military defense and the new sanctions imposed by the United States on Venezuela.

Groups represented at the Caracas meeting include the Landless Workers Movement of Brazil, the France Insumisa Movement, Uruguay's Broad Front Coalition, the Bolivarian Circles of New York, and the Patria Grande Movement of Argentina.