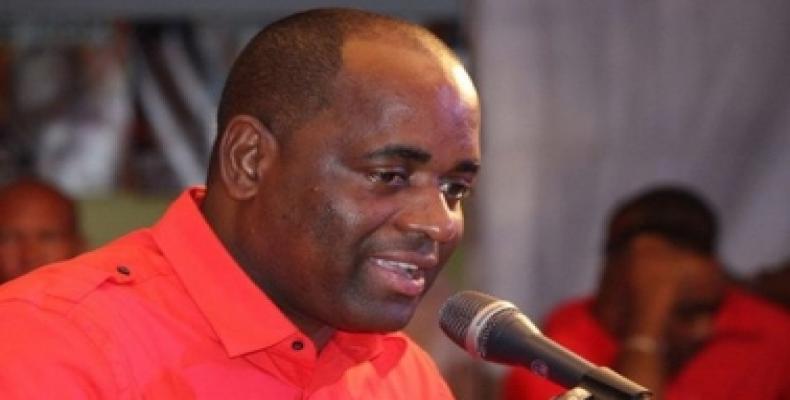 Rouseau, September 26 (RHC)--Dominica is making progress in the reconstruction and cleanup process after the destruction brought by Hurricane Maria, Prime Minister Roosevelt Skerrit told members of the press. The Caribbean leader thanked the volunteers both national and international who have helped in every community, bringing food, water, medical supplies and going so far as to cook hot meals for hurricane victims in remote communities.

The head of state said Dominica has received aid in the form of relief supplies as well as security personnel from its CARICOM partners -- Venezuela and Cuba -- as well as Morocco, China, the U.K., and France, but stressed the need for food in some of the furthest regions of the country.

Skerrit told the press that already many of the major highways have been cleared, with others scheduled to be completed by the end of the week.

According to Dominica’s police chief, there have been 27 confirmed dead, as well as 18 persons still missing. Hurricane Maria has been the second major storm to the Caribbean in as many weeks, after Hurricane Irma.

Rescue workers and medics from Venezuela and Cuba are operating in some of the most isolated zones on the island. These areas, which include small towns and forest villages that have been totally destroyed, are mostly disconnected from the capital of Rouseau.