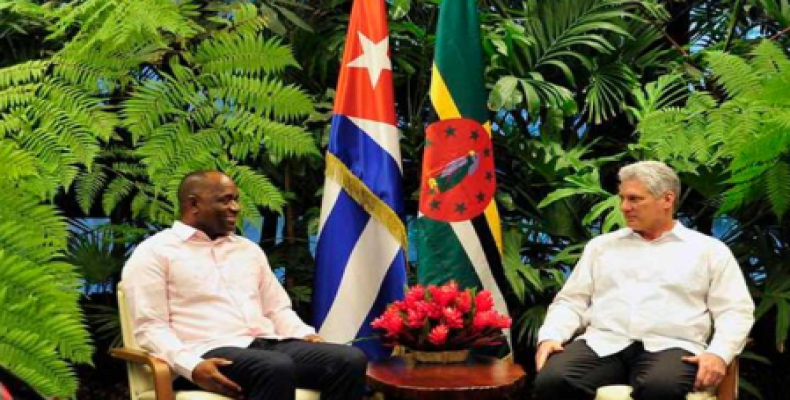 Havana, July 4 (RHC)-- President Miguel Díaz-Canel Bermúdez met Tuesday in Havana with the Prime Minister of the Commonwealth of Dominica, Roosevelt Skerrit, who is visiting Cuba.

During the exchange, the two leaders agreed that bilateral ties are in "good state" and vowed to deepen economic and social cooperation.  They also reviewed several issues on the regional agenda.

This morning's edition of Granma newspaper reported that Skerrit took the opportunity to thank the Cuban government and people for their assistance in dire situations, particularly the help offered by Cuban rescue workers, doctors, construction personnel and other staff in the recovery in the wake of the devastation caused by Hurricane María in Dominica last year.

Prime Minister Roosevelt Skerrit's Cuba visit came just one day before the 39th meeting of Heads of State of the Caribbean Community (CARICOM) in Jamaica.