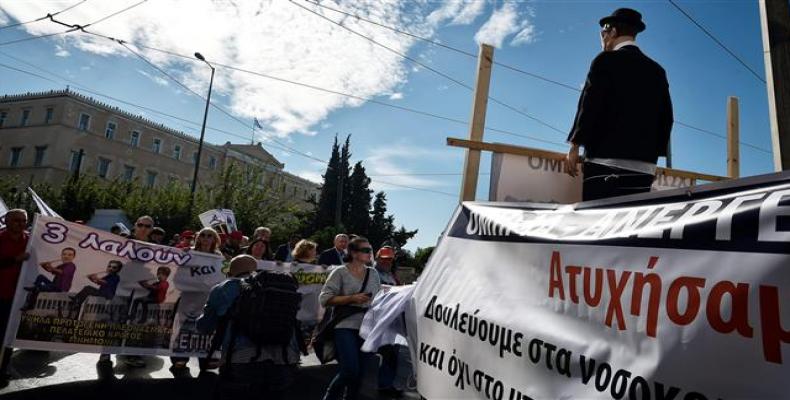 Athens, October 12 (RHC)-- Public health workers have taken to the streets of Athens to protest against legislation that would introduce new civil service evaluation procedures.  The protesters rallied at various government buildings in Athens, including the Greek Ministry of Health, on Wednesday.

Tensions reportedly erupted between demonstrators and police outside the parliament.  The demonstrators reportedly burned nurses’ robes in protest against the new scheme, which they say would negatively impact their salaries.  One demonstrator said Greece's ruling Syriza Party "is the best and most loyal government that follows to the letter whatever the creditors indicate."

Greece was hit by an economic crisis seven years ago, when it was first forced to seek external financial aid. It has since seen its national output shrink by a quarter.  Athens has received about 260 billion euros in bailout aid since 2010 in exchange for reforms and deep spending cuts.