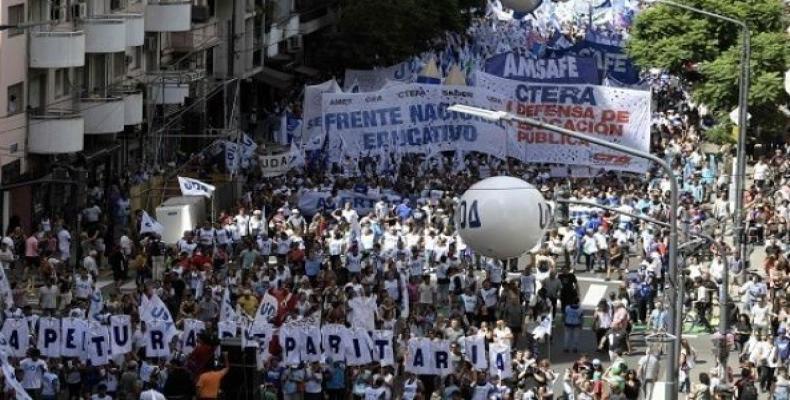 The strike coincides with the start of the World Economic Forum on Latin America, which is expected to attract thousands of business and political leaders from around the world to the Argentinean capital, Buenos Aires.

Argentina’s General Confederation of Labor, CGT, the country's largest union federation, is one of many organizations calling for and participating in today's strike.

Carlos Acuna Pena, a CGT leader, said that since taking office in 2015, Macri has implemented austerity programs across numerous sectors of the country's economy.  Pointing out that gas and electricity prices are rising and jobs are being cut, he said that Macri's rollback of social programs implemented by previous progressive governments is forcing many workers to take to the streets.

Since early March, thousands of Argentinean teachers in Buenos Aires have protested cuts to education.  Members of the Union of Education Workers and the Teachers' Union of Buenos Aires led nationwide teachers' strikes against the government in response to salary decreases and school closings.