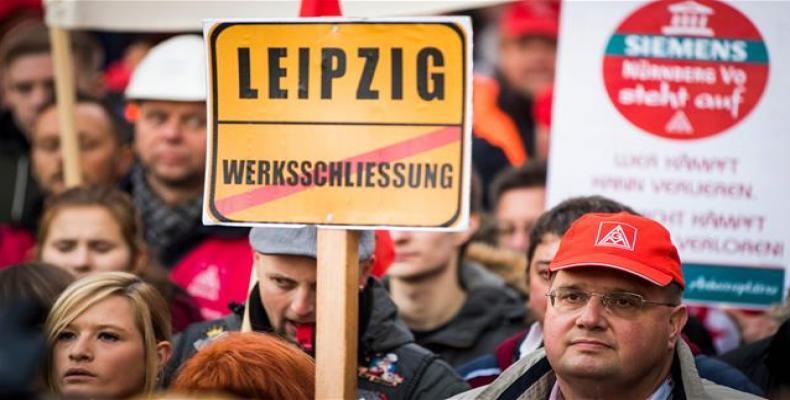 Berlin, November 24 (RHC)-- Thousands of Siemens employees have rallied in the German city of Berlin against job cuts proposed by the tech giant.

On Thursday, workers beat drums and chanted slogans during a rally outside the Estrel Hotel, where the executive board of Siemens was holding a meeting.

The company plans to lay off thousands of workers globally, with half of the job cuts expected to fall in Germany.