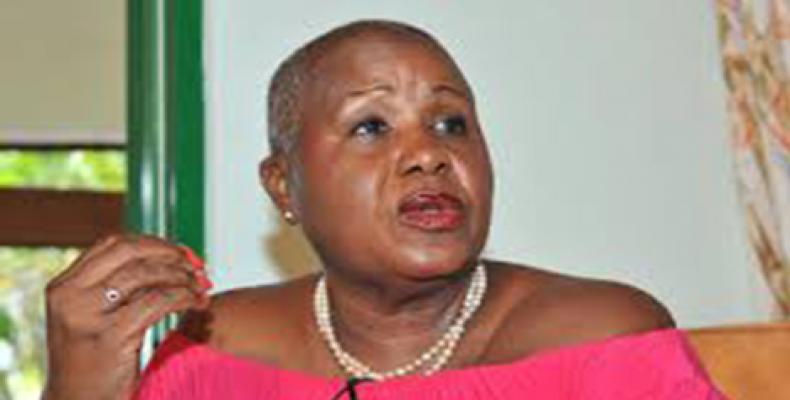 Bridgetown, December 6 (RHC)-- The Caribbean Women’s Association (CARIWA) is calling on the Caribbean Community (CARICOM) to reinstate its Women’s Desk in the wake of International Day for the Elimination of Violence Against Women.

CARIWA Vice-President Marilyn Rice-Bowen said the post is necessary if the region is truly committed to fighting violence against women and girls.

She acknowledged that CARICOM is implementing measures to combat domestic violence, but a dedicated Women’s Desk could help better address the issue in a region where femicides account for as much as 50 percent of all murders.

Rice-Bowen made this statement at an exhibition opening at the United Nations House in Barbados as part of its 16 days of Activism Against Gender-Based Violence initiative.

Despite the Caribbean’s international image as “peaceful,” she noted, it has “some of the highest rates of sexual assault in the world.” As a result, CARICOM has a responsibility to provide women and girls with safe spaces, Rice-Bowen said.

CARIWA is also calling on individual governments to examine the economic impact of domestic violence across the Caribbean. Rice-Bowen noted that violence against women costs approximately US$1.5 trillion, about the size of the Canadian economy.

The activist urged the media to build awareness and security around the reporting of sexual assault cases, which remain a challenge for Caribbean states, including The Bahamas, Belize, Saint Lucia and Grenada.