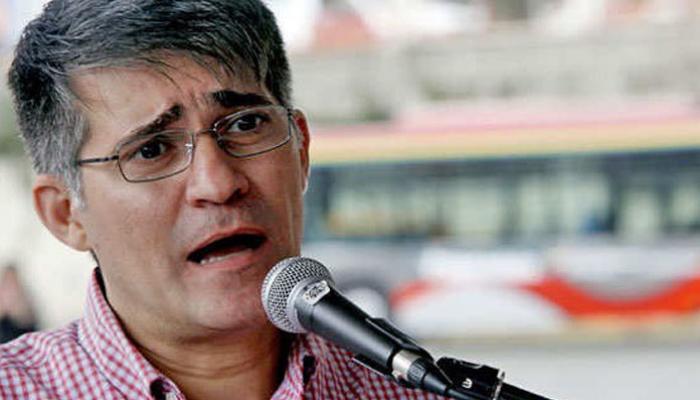 In a televised broadcast on state-run VTV, El Troudi said more than 20 buses had been attacked and seized, with the passengers still on board. El Troudi showed some of the vehicles with smashed windows and other damaged parts.

"Violent groups have taken to attacking not just the vehicles belonging to the Metrobus, but also the passengers and the employees," he said, adding one injured commuter had received rapid medical treatment and is now recovering.

Bus driver Pedro Reyes, who was working in the eastern part of the city on Tuesday, when both pro and anti-government groups held demonstrations in the capital, and described how his vehicle came under attack by rock throwers, resulting in passenger injury.

El Troudi later announced via Twitter the suspension of metro service on certain inner city lines due to new outbreaks of violence on Wednesday.

As Venezuela struggled with a second week of violent political protests, ruling socialist party deputy Julio Chavez, a member of the National Assembly, accused the United States of fomenting violence in Venezuela in an attempt to topple the government.

In an interview aired by Radio del Sur, Julio Chavez warned that given the failure of student anti-government protests and the right-wing's economic war to weaken the government, "the White House has decided to go to a new phase in its intention to cause a coup d'etat, to destabilize Venezuela and spur military intervention."

Chavez added that the U.S. embassy in Caracas "has not let up. They are attracting, financing and training opposition leaders."