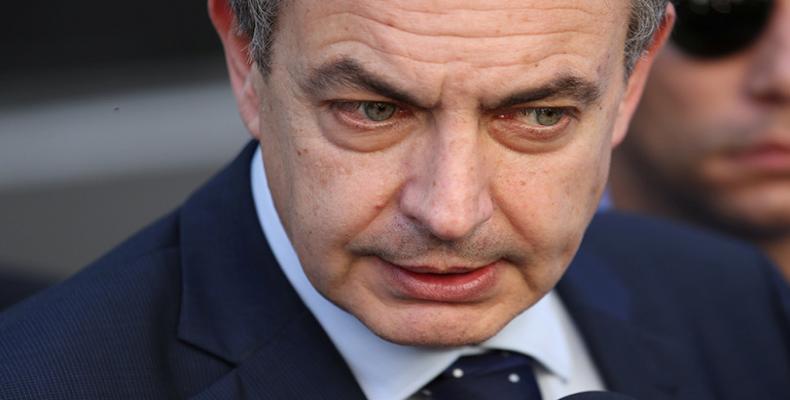 Santo Domingo, February 8 (RHC)--The former president of the Spanish government, Jose Luis Rodriguez Zapatero, sent a letter to the Venezuelan opposition recommending it to sign the final peace agreement with the government.

“Thinking of peace and democracy, I ask your organization to formally endorse the agreement attached to this letter, taking into consideration that the Government has committed itself to scrupulously abide by its text”, the public letter reads.

Zapatero, who has been a mediator in the dialogue between the Venezuelan government and the opposition hosted by the Dominican Republic, explained that the parties had decided on the basic principles for a final agreement on how to proceed towards the upcoming presidential elections, but in an unexpected move, the opposition refused to sign the document.

“I cannot judge the circumstances or the reasons, but it is my duty to defend the truth and my commitment is not to give up on achieving a historic agreement among Venezuelans”, the former president added.

Early on Wednesday, the Venezuelan opposition refused to sign the final agreement whose negotiations with the government took months.  In statement to the press, the Dominican president Danilo Medina indicated that the negotiations between the parties had entered into “indefinite recess”.