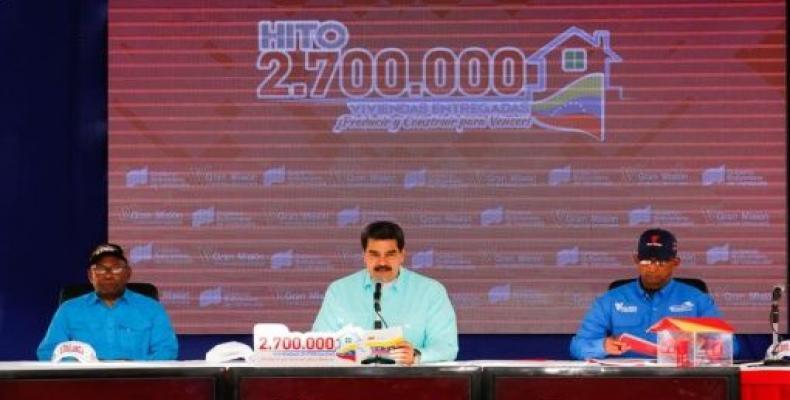 Caracas, July 11 (RHC)-- The Venezuelan government and opposition have agreed to engage in permanent peace dialogue as a result of three-day talks on Barbados, said Hector Rodriguez, the governor of Venezuela's Miranda state, who participated in the negotiations.

"We have agreed to establish permanent peace dialogue and reached accord on our readiness to work together for ensuring peace in the country," Rodriguez said live on Venezuelan television on Thursday, during a meeting for the handing over of the house 2 million 700 thousand by the Bolivarian government.

'This is not going to be an easy process; it is a path that deserves a lot of work. I have the perception that the political parties of the country can reach a governability agreement in which we recognize each other, 'Rodriguez said.

Meanwhile, Venezuelan President Nicolas Maduro said that parties would not detail the process of their negotiations so far.

"We have reached an agreement with the opposition and the government of Norway [mediating the negotiations] not to detail specific topics we are discussing. There are a total of six such topics," Maduro said.

The talks in Barbados began on Monday. Maduro has said that he was optimistic about their outcome, while Communications Minister Jorge Rodriguez has called them successful.