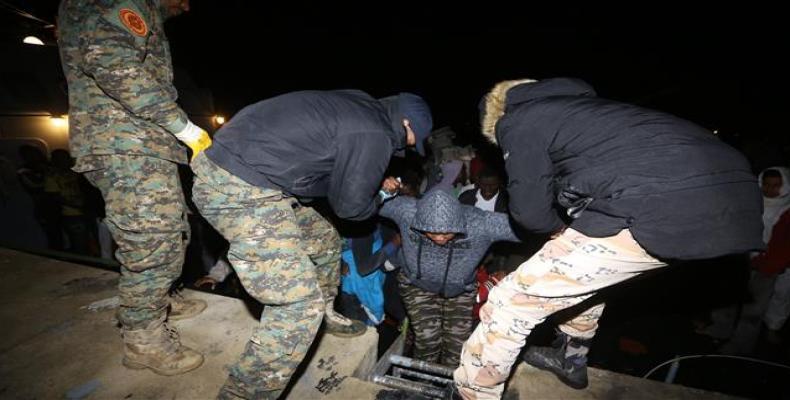 Tripoli, Feb 21 (RHC)-- Libya's coastguard rescued 441 refugees in two separate operations as their boats drifted off the western coast, the navy and a doctor said on Tuesday.  A navy statement said that thirty-five women and 16 children were among 324 illegal refugees rescued in one of the operations on Monday with help from a fishing boat.

The refugees, from countries including Chad, Nigeria, Mali and Libya, were drifting in two inflatable boats about seven nautical miles from Zuwara near the Tunisian border after the engines failed, the report said.  The coastguard also rescued 117 refugees, including five women and two babies, off the coast of Zawiya, west of the capital Tripoli, on Monday, doctor Abdel Aziz al-Misrati of the charity International Medical Corps told AFP.

The refugees often try to make the treacherous crossing on unseaworthy boats, hoping to reach Italy and make their way further inland in Europe and start a new life.