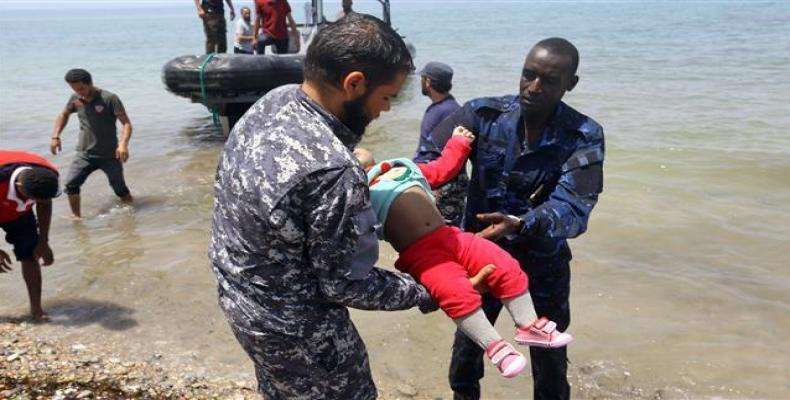 Tripoli, June 30 (RHC)-- Three babies have died in an incident where a boat transporting more than 100 refugees capsized off the coast of Libya, according to survivors and the coast guard.  The survivors of the incident, who were brought ashore east of the capital Tripoli, said that around 120 refugees were on board the inflatable dinghy when it sank on Friday.

Sixteen people were rescued while the bodies of the three babies were recovered and nearly 100 people were still missing.

Libya is the main departure point for asylum seekers attempting to reach Europe by sea.  Many refugees have crossed the central Mediterranean to Italy over the past four years as human traffickers take advantage of a security vacuum in Libya that has existed since the overthrow of Colonel Muammar Gaddafi, who was killed in October 2011.