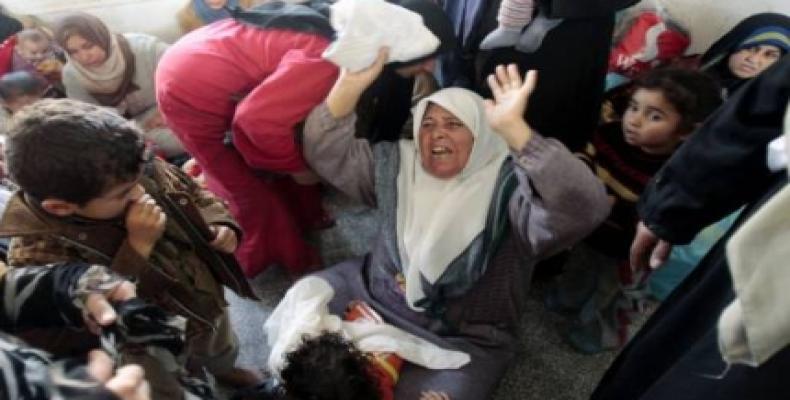 Ramallah, April 21 (RHC)-- At least four Palestinians have lost their lives and more than four dozen others were wounded during clashes with Israeli soldiers as anti-occupation protests along the border between the besieged Gaza Strip and occupied territories continue unabated.

The spokesman for the Gaza Ministry of Health, Ashraf al-Qidra, said in a statement that 25-year-old Nabil Abu Aqel was critically injured in his head east of Jabalia, located 4 kilometers (2.5 miles) north of Gaza City.  He was rushed to a nearby hospital, where he died from severe gunshot wounds.

Protests along the Gaza border for the past three weeks, since March 30th, have led to clashes with Israeli forces in which at least 34 Palestinians have lost their lives and hundreds of others sustained injuries.

The Palestinian rallies, dubbed the "Great March of Return," will last until May 15, which coincides with the 70th anniversary of Nakba Day (Day of Catastrophe) on which Israel was created.

Since 1948, the Israeli regime has denied Palestinian refugees the right to return, despite UN resolutions and international law that upholds people’s right to return to their homelands.

Israel is required to withdraw from all the territories seized in the war under UN Security Council Resolution 242, adopted months after the Six-Day War, in November 1967, but the Tel Aviv regime has defied that piece of international law ever since.