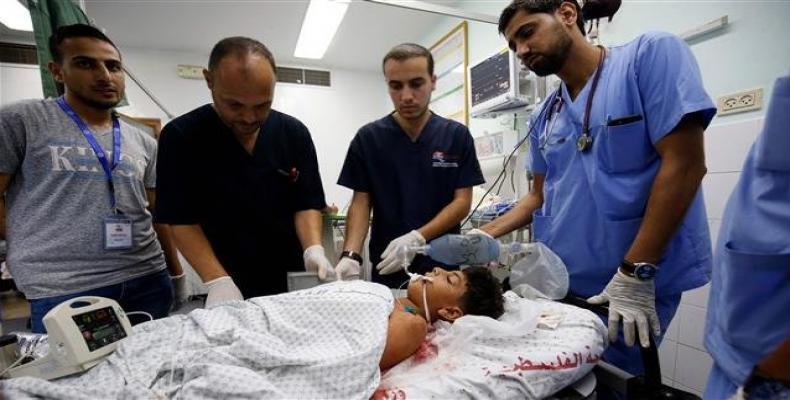 Gaza City, September 28 (RHC)-- At least five Palestinians have lost their lives and nearly 300 more sustained injuries when Israeli military forces opened fire on a group of protesters participating in an anti-occupation rallies along the border between the besieged Gaza Strip and Israeli-occupied territories.

The Gaza Ministry of Health said in a statement that 14-year-old Mohammed Nayef al-Houm was fatally shot in the chest during “The Great March of Return” protests east of Bureij refugee camp on Friday evening.  The statement added that an 18 and 24-year-old were shot and killed east of Gaza City.  The identities of the two remaining victims were not immediately available.

Another 290 protesters were also injured.  A total of 135 demonstrators were admitted to hospitals and medical centers across Gaza Strip to receive medical treatment.  Eighty-three people were struck with live bullets.   Twenty-two children, three medics and three journalists were among the injured Palestinians.

The Gaza clashes reached their peak on May 14, on the eve of the 70th anniversary of Nakba Day (Day of Catastrophe), which coincided this year with the U.S. embassy relocation from Tel Aviv to occupied East Jerusalem.