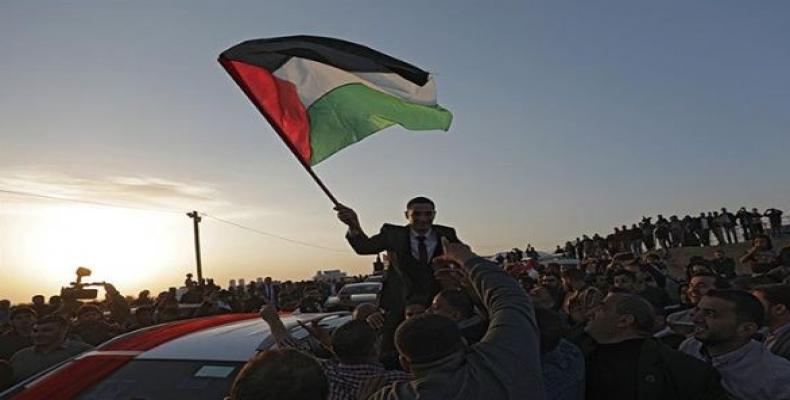 Gaza, March 30 (RHC) -- At least seven Palestinians were killed and 500 wounded Friday in clashes between Israeli soldiers and hundreds of Palestinians, staging a peaceful march close to the border between Gaza Strip and Israel.

Later on Friday, six Palestinian demonstrators were shot dead and around 500 injured by Israeli troops' gunfire during clashes near the border between eastern Gaza Strip and Israel.

The confrontations broke out Friday morning when Israeli soldiers stationed at the border fired tear gas to disperse hundreds of Palestinians from approaching the fence. Young demonstrators responded by throwing stones at the soldiers.

Thousands of Palestinians, including women and children, arrived by buses at six different areas in the eastern part of the Gaza Strip, close to the border with Israel to join the "Great March of Return."

The protest action, set to run until May 15, commemorates what Palestinians call Land Day, which marks the murder of six unarmed Arab-Palestinian citizens of Israel during demonstrations on March 30, 1976 in response to the Israeli government’s announcement it was confiscating thousand of kilometers of land for “security” reasons and Jewish settlement building.