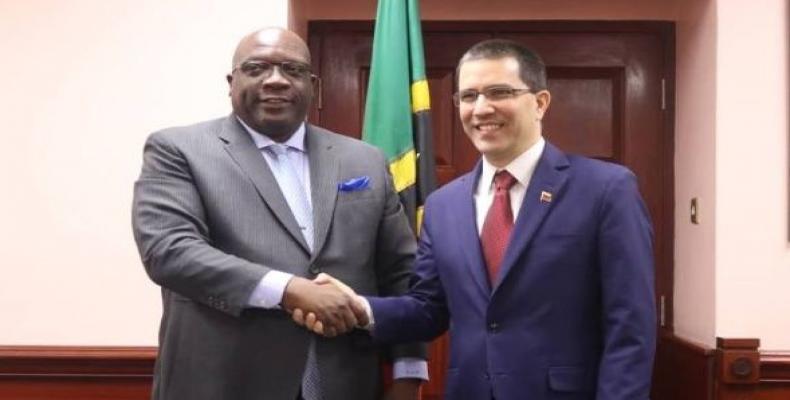 “We have concluded a successful tour through the Eastern Caribbean.  We thank the Prime Ministers of Antigua and Barbuda, St. Lucia, St. Vincent and the Grenadines, and Saint Kitts and Nevis for their respect, support and renewed will to work together.  The Caribbean more united than ever,” Arreaza said via Twitter.

Arreaza began his diplomatic tour Tuesday with the aim to deepen ties of cooperation and friendship with the Caribbean nations.  Venezuela’s Bolivarian Diplomacy for Peace for the Caribbean tour took place as U.S. Vice President Mike Pence visited Brazil and Ecuador to push for the further isolation of Venezuela despite the damage further isolation could cause on the Venezuelan people who are already facing an economic crisis.

After Ecuador, Pence traveled to Guatemala where he issued the same message on the need to -- in his words -- "restore democracy and freedom” in oil-rich Venezuela.

Pence is not the only American politician working against Venezuela with the aim of removing recently re-elected president Nicolas Maduro. Colombia’s president-elect Ivan Duque, of former president Alvaro Uribe’s Democratic Center Party, recently traveled to the U.S. to meet with Republican Senator Marco Rubio,  one of the leading voices in the U.S. political establishment calling for pressure on Venezuela.  Duque also visited U.S. Secretary of State Mike Pompeo.