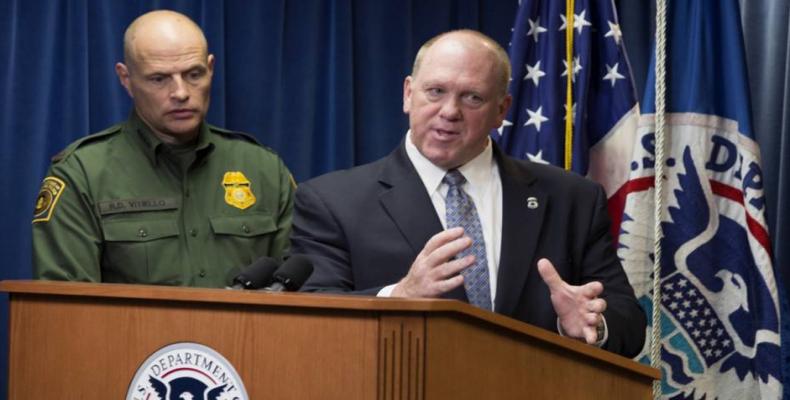 Washington, May 4 (RHC)-- The acting director of the Immigration and Customs Enforcement agency, Thomas Homan, has announced plans to resign -- only days after 18 Democratic lawmakers sent a letter to DHS, the Department of Homeland Security, asking why the agency has not answered lawmakers’ questions about the “radical -- and in some cases possibly illegal -- changes in immigration enforcement and practices.”

Homan’s confirmation as permanent head of ICE had been stalled in the Senate.  His decision to resign is widely seen as a way to avoid facing difficult questions from lawmakers during the required confirmation hearings.  Homan has presided over President Trump’s campaign of mass deportations, ramping up ICE arrests nationwide, including at schools, hospitals and courthouses.  He has also called on the Justice Department to prosecute officials in so-called sanctuary cities who refuse to collaborate with the Trump administration’s mass deportation efforts.