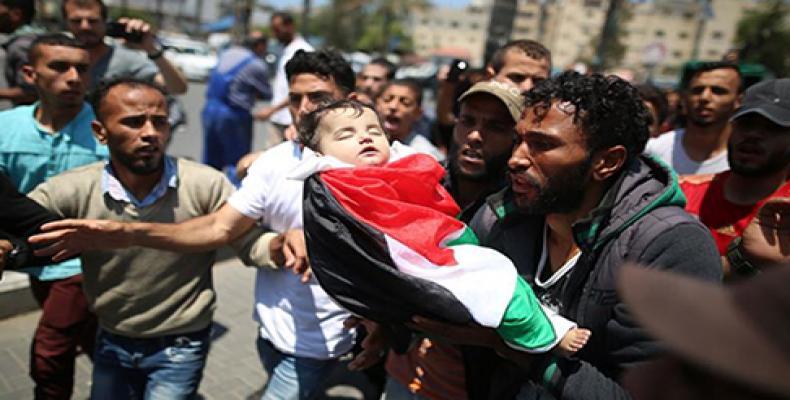 Geneva, May 18 (RHC)-- The UN Human Rights Council is holding a special session to consider a draft resolution calling for an urgent dispatch of “an independent, international commission of inquiry” to look into all violations of international humanitarian law and international human rights law by the Israeli forces on Palestinian mass protests that have been taking place since March 30th.

The resolution was presented by Pakistan Friday on behalf of the Organization of Islamic Cooperation and is backed by 47 UN member states.

Speaking at the opening of the special session, UN High Commissioner for Human Rights Zeid Ra'ad al-Hussein supported the calls for an international investigation and condemned Israel´s reaction to the demonstrations as “wholly disproportionate”.

Ra'ad al-Hussein warned that "killing resulting from the unlawful use of force by an occupying power may also constitute willful killings, a grave breach of the Fourth Geneva Convention."

He pointed out though that while 60 Palestinians were killed and thousands injured in a single day of protests on Monday, "on the Israeli side, one soldier was reportedly wounded, slightly, by a stone".

"The stark contrast in casualties on both sides is suggestive of a wholly disproportionate response," he told the council.

The special session comes after weeks of mass protests along the Gaza border, calling for Palestinian refugees to be able to return to their homes now inside Israel to coincide with the 70th anniversary of the Nakba or "Catastrophe", when more than 700,000 Palestinians were driven out from their homes by Israeli forces.

The largest demonstrations coincided with the move of the US embassy in Israel from Tel Aviv to Jerusalem on Monday.