Greece relocates hundreds of refugees to mainland as arrivals rise 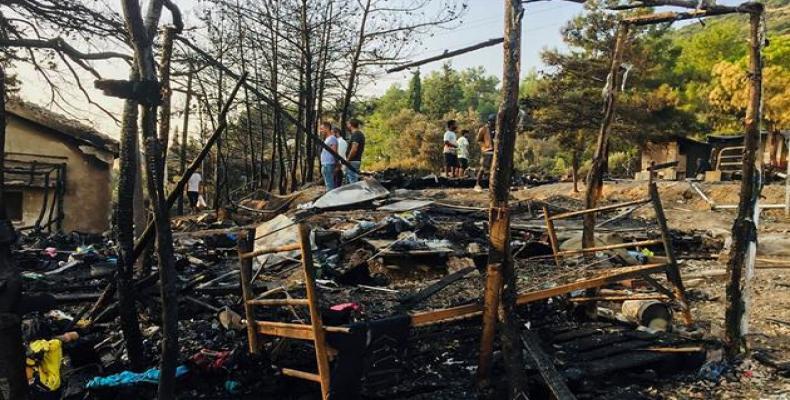 Athens, October 23 (RHC)-- Greek authorities have moved more asylum-seekers from peripheral islands to mainland Greece amid a surge in refugee arrivals on the remote islands in recent months.  Officials said 697 refugees arrived in the port of Elefsina near Athens from the island of Samos on Tuesday.  Some 120 others had arrived earlier from Lesbos.

The relocation comes as part of a strategy to reduce the refugee population on the outlying islands that have been struggling to cope with the biggest refugee influx from Turkey since 2015.

In 2015, over a million refugees crossed into Europe from Turkey, many of them via Greece, one of the nearest destinations in Europe.

Under a deal signed with the European Union (EU) in March 2016, Turkey agreed to take back all the refugees who had used its territory to illegally reach European shores in return for a number of commitments from the bloc.  Last month, over 12,000 people arrived in Greece, marking the highest level since the EU-Turkey deal was reached.

The latest Greek relocation comes after a woman died in a blaze in a tent in a camp on Lesbos in late September and as hundreds of people were forced into the streets earlier this month after another major fire broke out in a severely overcrowded camp in Samos.

The islands’ overcrowded camps are housing some 33,700 refugees, according to the United Nations (UN)’s refugee agency UNHCR.  "Our focus was mainly on Samos because we want things there to calm down," Migration Secretary Manos Logothetis told Reuters.

He added that up to 300 more people would be leaving Samos this week, and up to 2,000 from all outlying islands next week.  The Greek government aims to transfer nearly 20,000 from the islands to the mainland by the end of the year.

It also plans to deport 10,000 people who do not qualify for asylum by the end of next year in order to deal with with the surge in refugee arrivals.